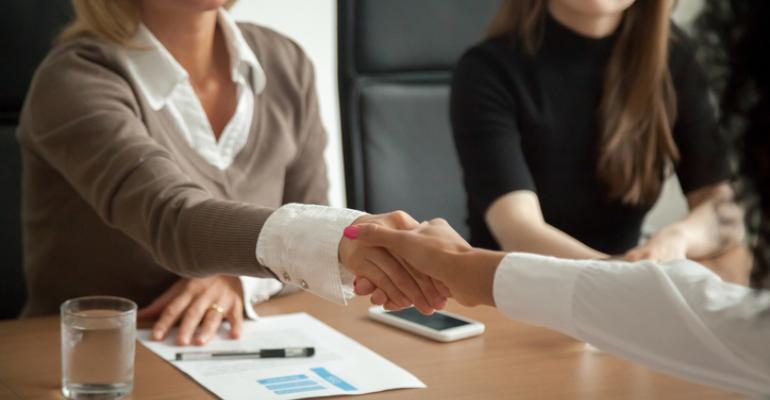 Canada Is Luring Tech Talent Away From U.S. With Fast-Track Visa

The Global Skills Strategy, which came into effect two years ago, has attracted about 24,000 people over the past two years, according to government figures Wednesday.

(Bloomberg) -- A Canadian program designed to speed up the hiring of foreign talent is attracting thousands of tech workers and other skilled employees, many of whom are unhappy with restrictive U.S. immigration policies.

The Global Skills Strategy, which came into effect two years ago, has attracted about 24,000 people over the past two years, according to government figures Wednesday. The program provides temporary work permits in as little as two weeks for top international talent in categories such as software engineering. It also offers permit exemptions altogether for managers and researchers over shorter-term periods.

The approach represents a stark contrast to efforts by President Donald Trump to crack down on the immigration of high-tech workers into the U.S., and part of Canada’s broader strategy to drive growth through higher foreign inflows. Immigration Minister Ahmed Hussen said the program has allowed Canadian tech companies to be more nimble.

Companies are saying “the two-week processing has really transformed how they make business decisions,” Hussen said in a telephone interview. “They know that in Canada they can use this program to bring in talent really fast.”

About a quarter of the workers are coming in from the U.S., often non-Americans unhappy with the tougher visa restrictions imposed by the Trump administration, Hussen said. Computer and media programmers, software engineers and university professors are the top categories of workers to benefit so far. The majority of applicants are Indian nationals, Hussen said.

The principal fast-tracked job applicants were also accompanied by about 16,000 family members, who also have the ability to work and study in Canada.

The rising numbers of highly-skilled foreign workers is part of a migration surge into Canada that has been a welcome tailwind for an economy coping with aging demographics and slowing growth. The increase in international migration, for example, has helped fuel a sharp rise in employment -- even amid sluggish indicators in other parts of the economy -- since immigrants tend to be of working age.

The country added 321,065 immigrants last year, the largest annual increase since 1913. There was also been a surge of non-permanent residents like foreign students and temporary workers. The influx helped Canada’s population grow by 528,421 last year, which is the biggest increase since the late 1950s, Statistics Canada said.

The fast-track program has won kudos from a growing tech sector racing to compete for international talent. Toronto was the world’s fastest-growing tech-jobs market in 2017, according to CBRE Group Inc.