/sites/all/themes/penton_subtheme_itprotoday/images/logos/footer.png
Recent
Recent
Windows 10 (vNext) Client Build Tracker
May 17, 2021
Expect Rancher and Kubernetes to Be the Stars at Digital SUSECON
May 15, 2021
Apple and Microsoft’s Rivalry Had Cooled. Now It’s Back and Getting Testier
May 14, 2021
Interop 2021: Integrate Cybersecurity Planning Into All Dev Stages
May 13, 2021
U.S. Pipeline Watchdog Rebuffed Call for Cybersecurity Rules
May 12, 2021
Featured
Is There Room for Linux Workstations at Your Organization?
Aug 07, 2020
Mozilla Shrinks to Survive Amid Declining Firefox Usage
Aug 18, 2020
Survey: Open Source Cloud Technologies Fit Devs Like a Glove
Feb 12, 2021
2020 State of AI Survey Report
Jun 30, 2020 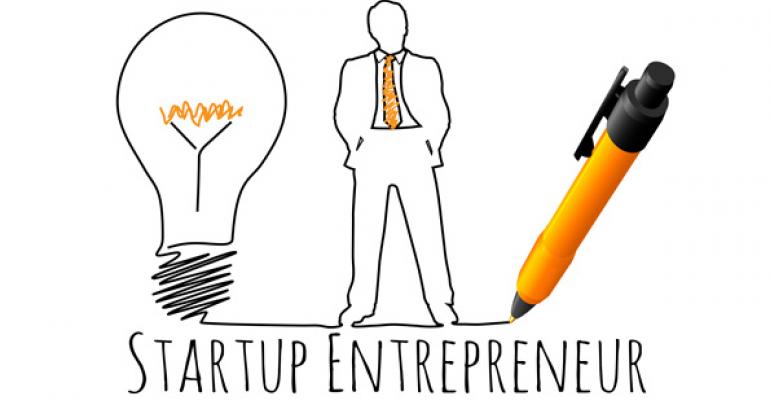 Why Age Really Does Matter when Founding a Startup

Related: Working for a Technology Startup

Mainstream media likes to portray the youth of startup founders as ubquitious because it makes for a better-looking and more dramatic story. But the truth is there are twice as many successful entrepreneurs that are over the age of 50 compared to those who are under 25 years of age. According to research done by Duke University scholar Vivek Widhwa, "The vast majority — 75 percent — have more than six years of industry experience and half have more than 10 years when they create their startup."

Related: How to Market Your Software Business: A Guide for Developers

And with age, comes experience. Todd Vernon, CEO of VictorOps, admits that there are many things that he now knows that he had no idea about when he started his first two companies. He’s on startup #3 and that company is growing bigger and faster than his others. He believes that, at age 50, he’s not making the same mistakes that he made the first two times around. From hiring to business operations to funding, here are seven benefits that age has brought with it:

Investors generally invest in a team, an idea, and a market wave. If they can check the box on all three, then you have a good chance of gaining traction with investors. Building an effective team is often the most difficult part of the equation and is especially difficult if you're young and inexperienced. When you have started several companies and those investors have experience working with you, then it greatly reduces their investment risk because they have a feel as to how you will act when the company is doing well and when the company is struggling.

Experience as an entrepreneur makes it much easier to get potential customers to engage with you early on. Most entrepreneurs are busy with their own companies and although many would like to help, they want to believe their feedback is valuable. Meaning, if you have already built a strong network, then these people will help out because they realize they have an opportunity to influence an idea that will actually become a company.

Having a CEO who has been in the startup business for a decade or more puts new employees at ease as they believe the company has a better than average chance of success. Startups are risky endeavors to begin with so any advantage is welcome if you're new to the game. Plus, once you’ve done a few startups, you increase the chances that great employees you’ve worked with in the past will be available to work with you again.

Culture, by definition, is something that “happens organically”. But the importance of culture is demonstrated when a potential employee asks others about their experiences working with the established entrepreneur. If the CEO values an organization’s culture, then it will help to drive the talent funnel in his or her favor. The serial startup CEO has to sell the potential employee less than a new first-time CEO.

5. Don't Worry About the Silly Stuff

New CEOs might find it very difficult to know what things you should practically be worried about and what things really aren’t worth your effort. For example, consider lawyers. You know you need them, but is there really that much difference between them? No. Another example: how much time should you spend finding your auditor? None.

6. Listen to Your Gut

The single biggest value of startup CEO is a sense for a company being on the right track to succeed or in need of a pivot. A demonstrated ability to decide and execute is a huge risk reducer. Rajat Bhargava, CEO of JumpCloud and 8-time entrepreneur, adds that "age has to also equate with experience. If you’re learning from your mistakes, then theoretically, you’re going to make less of them and have a better idea of the company’s direction."

7. Knowing the Startup Rules of Thumb

There are set times when you want to spend money at certain business junctures. Additionally, experience helps you to figure out other common startup issues like burn rate versus the stage of company you’re in, how the number of employees affects the burn rate, how many shares of stock you should start with and what ownership stakes an early senior management employee should get.

These lessons should reassure any entrepreneur over a certain age that they, too, have as great a chance at succeeding as their younger counterparts. In fact, the older you are, the more likely you are to see others your age start a business. Research shows that because people tend to accumulate both experience and savings over time, it stands to reason that middle-aged people are even more likely to be entrepreneurs than 20-somethings.