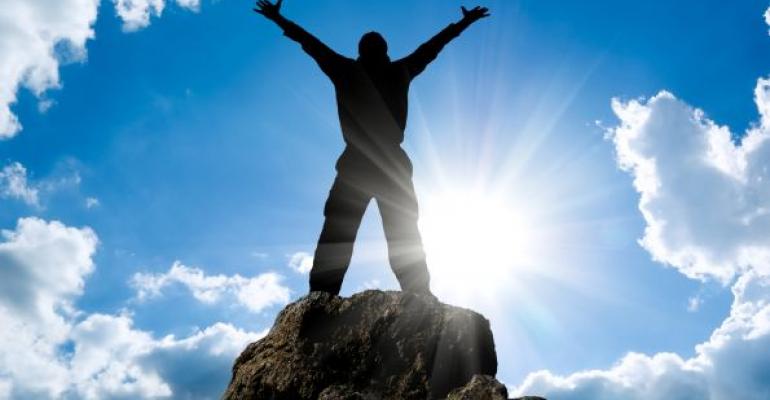 From Software Developer to Business Leader

Suppose you've been asked to take a leadership position within your organization, perhaps as a development lead or a departmental manager. The fact that you've been offered a leadership opportunity indicates that your organization sees something in you besides your technical skills. Or possibly the organization sees other technical skills in you, such as architectural skills, which are not being leveraged in your current position.

Related: The Business of Development: Guidance for Professional Software Developers

To be an effective leader in your new role, you will need to draw on a different, and perhaps new, set of skills in addition to your technical expertise. You have to be able to motivate others to work as a team toward a unified goal. To help you develop the skills you'll need to lead a team successfully, I will explain the five basic principles that are crucial to your success as a leader.

An effective leader consistently applies these five principles on the job:

In the software industry, moving from a developer position to either a team lead or management position involves two challenging tasks: setting aside the keyboard and facing clients. If you are managing the team, you are not slinging code. Conversely, if you are slinging code, you are not managing. This is not to say that the two job duties are mutually exclusive. Many development leads and managers write code as part of their daily work routine.

Another aspect of being a development lead or manager is that often you are thrust into a client-facing role. This might be the biggest challenge and aspect of the job that is most foreign to you. The fact is, for all the architectural diagrams, code, and technology you've created, that work all began with a sale that was fostered by a relationship with the client.

I've often said that the delivery team cashes the checks that the account executives write. The sales arm of your organization, in a very real sense, is selling your team's capabilities, and now you are leading that team. In this new role, it is vital that you cultivate a good working relationship with parts of your organization that you never before had to deal with directly. That's right: As a leader, you are the newest member of the sales team! You will be called upon to support your account executives with your technical acumen.

The catch is that, even with your technical know-how, you can't engage in "geek speak." You will have to articulate technical challenges and solutions in terms of their business value. This often involves an understanding of the client's industry jargon and taxonomy. The good news is that perhaps for the first time, you will get to see and understand precisely how the applications that your team writes will be used. For me, that was the most exciting aspect of joining the leadership ranks.

The question is how all these activities are balanced with the other things a leader and manager must do. Effective leaders and managers recognize several things. First, they recognize that much of what a leader does is not coding or architecturally related, and they nevertheless want to undertake the leadership role. Second, they recognize that a balance must be struck between competing tasks that all have to be accomplished for the team to succeed. Indeed, as a leader, your world gets more challenging. President Theodore Roosevelt said, "Nothing in the world is worth having or worth doing unless it means effort, pain, difficulty . . . ." Without effective leadership, effective teams and organizations cannot exist. It's not just business that demands and requires effective leadership; society as a whole does, too.

To get started down the leadership path, you need the right guidance to help set and keep you on that path. The five principles that I listed earlier have helped guide me in leadership roles over my 24 years in the technology industry. Let's look at each principle in more depth.

A Leader Is Selfless

Good leaders wear many hats. One of those is teacher, another is coach. Think of the best teachers and coaches you've had. Very likely they were people who gave selflessly to help others. Great teachers and coaches measure their success by your success. Your initial successes are the first steps you take toward mastering a skill, whether it's algebra, football, or your first software development project. Perhaps you were the beneficiary of a good team lead who took you under his or her wing to help start you on the right foot.

A leader's sharing of knowledge isn't totally unselfish generosity, though. Leaders have a vested interest in making sure those in their charge reach the next level. The leader's success in mentoring his or her subordinates is essential to their success as leaders. For a leader to advance, he or she has to help feed the tributary of new talent. To accomplish this, a leader might well have to sacrifice some time. That's part of a leader's job description.

A Leaders Is Committed, Focused, and Disciplined

You've probably noticed those of your co-workers who seem to have it all together with respect to their work and how they manage projects. These folks tend to have a positive attitude toward what they do because it is what they choose to do. The positive attitude is often a result of something else: commitment. Successful leaders are committed to what they choose to do. Have you ever worked under a manager who wasn't committed? Such a leader is an energy drain who usually drags down the team.

With commitment comes focus. To be successful, you must have focus on the overall goal. Maintaining this focus for a sustained period of time takes discipline. Earlier in my career, I had a great development manager who was passionate about the fundamentals. No matter what the latest and greatest new thing was, he always relied on fundamentals and first principles. That development manager steered clear of the noise and focused on what mattered. He was committed to this belief and had the discipline to see things through. In the end, he was successful, as was the team. That development manager was an excellent leader because he led by example.

A Leader Understands His or Her Strengths and Weaknesses

Good leaders accept that they might not be the technically smartest person in the room. As you undertake more and more leadership tasks, the time you have to stay up to date on technology diminishes and eventually vanishes. A good leader builds a team with complementary skills and relies on that expertise as well as his or her sound, experience-based judgment to make informed decisions. Good judgment is cultivated over time by recognizing what you don't know and relying on and trusting others to fill that knowledge gap. If you want to advance in your career to be the team leader or manager, it's in your best interest to take on a collaborative persona. However, you must believe in and commit to this collaboration; you can't fake it.

A Leader Possesses Integrity and Character

To be effective, a leader must be respected. To command respect, one must earn it. The two common characteristics of people who garner respect are integrity and character. Integrity is about honesty. The team has to believe what its leader says. Without honesty and trust, there is no integrity. Character is about what makes you the person you are; it defines who you are. In my experience, I've found those who defended the employees in their charge to be of high character. Perhaps someone in your organization has decided to throw one of your team members under the bus without cause or justification. A leader will step into the breach and defend that team member. Such a leader will do so because he or she sees it as a moral imperative.

A Leader Favors Action over Reaction

Successful leaders don't react. Instead, leaders act according to their plan, not in spite of the circumstances but instead in full contemplation of the circumstances. Successful leaders plan for and have contingencies for a crisis. Are plans foolproof? Of course they aren't. But leaders don't sweat the small stuff in a crisis because their plans account for the small stuff. In a crisis, a leader follows the guidance set forth by Rudyard Kipling in his poem "If": "If you can keep your head when all about you are losing theirs . . . ." In times of chaos, panic and crisis, leaders keep their wits about them, so that they can make clear-headed decisions. In other words, leaders act according to their plan instead of reacting to the circumstances of the moment.

Are You Ready to Lead?

If you have been asked to consider taking a leadership position with your team or your organization, you should undertake a self-assessment to determine whether you feel you are ready for the next step, using the five leadership principles I've described.

Others in your organization see potential in you. Do you see that same potential? Is a leadership role even something you want to consider? Would you be happy in a role that required you to devote 50 percent or more of your time to tasks other than writing code? You might also have to be involved in a client-facing sales capacity. You must honestly assess whether you'd be comfortable with handling the responsibilities that a leadership role would require.

To be a leader and expect others to follow, you must be fully committed to your leadership role and to the organization's mission. Essentially, you have to lead yourself before you can lead others. If you are not comfortable making a move to a leadership position, the most leader-like thing you can do is to politely decline the invitation. You will know when you are ready and when it's time for you take the leadership mantle. The five principles outlined in this article will serve as a useful guide as you make that determination.