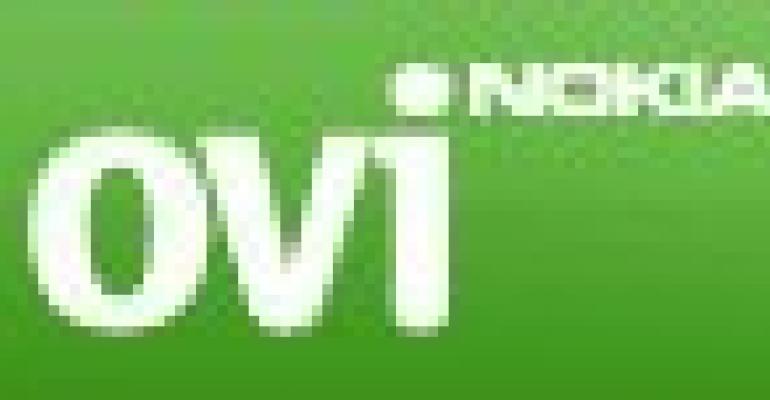 Nokia Ovi app efforts beat RIM and Microsoft, just in time for it not to matter

The mobile market lives and dies by apps, and on this front Nokia is making strides. Its developer blog revealed recently that its Ovi Store is seeing more than 300,000 new Nokia accounts created daily, and customers are downloading 6 million "mobile apps and content" each day.

Later this summer, to create a bit more brand cohesion, Nokia plans to drop the Ovi name and fill in the blank with just "Nokia." Regardless of what you call it for now, it's seeing 1,000 new apps added each week, and as of the June 23 blog post, it was up to 48,000 — putting it ahead of both RIM's and Microsoft's efforts. Additionally, by the end of May, more than 170 developers had enjoyed downloads exceeding 1 million; 15 companies had total downloads between 10 million and 20 million; and lucky five companies were seeing downloads between 20 million and 30 million.

These are some nice little feathers in the Nokia cap, before it ditches that cap to don the Microsoft jersey. By year's end Nokia will of course offer its first phones running the Microsoft Windows Phone OS (MDP: Did Nokia's Elop Just Show a (Fuzzy) Nokia Windows Phone?). Nokia CEO Stephen Elop has said the company will have a single store for all the app platforms it supports — MeeGo, Symbian — to help boost exposure for those developers still willing to develop for Symbian and the like.

Symbian will likely be getting most of its love from Accenture. Last week Nokia also announced that it had finalized plans to outsource Symbian development and support services to Accenture. Approximately 2,800 Nokia staff in China, Finland, India, the United Kingdom and the United States are currently packing their bags, with a move to the firm planned for October, when the deal is expected to close.

Eventually, those Symbian-specializing employees will be trained by Accenture in all things Microsoft — a task eased by the fact that Accenture is the majority-share owner of Avanade, a tech services company with a "deep knowledge of Microsoft technologies," as it describes itself.

Given the Avanade link, perhaps in Nokia's Accenture deal one hand is washing the other more than was first apparent.

"Accenture will seek opportunities to leverage transferring employee skills and capabilities to provide mobility software, business and operational services around the Windows Phone platform to Nokia and other ecosystem participants," Nokia and Accenture said in a June 22 statement. "Accenture will also seek to retrain and redeploy transferred employees."