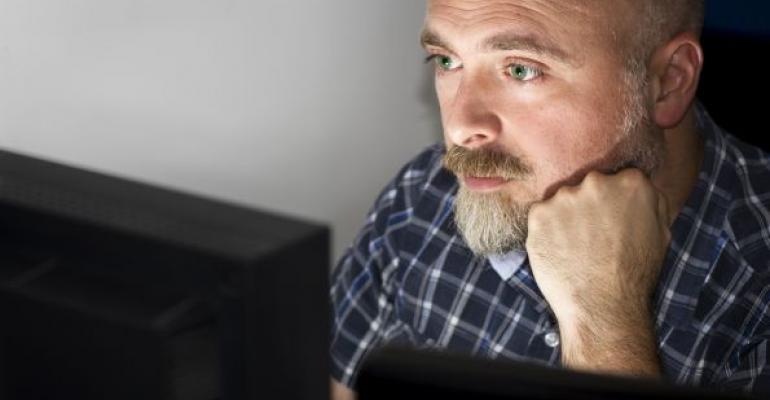 I regularly marvel at how quickly the Empire State Building was constructed. Standing at an impressive 102 stories, and a whopping 1453 feet/442 meters and comprising an astounding 2,158,000 square feet, construction of this building was completed in just 464 days. If you don’t count excavation time, then construction only took 410 days. Documentaries that I’ve seen about the construction—especially those that interviewed some of the men who worked on the building—seem to capture a totally different time and era, where American workers seemed vastly more productive than they are today. Sadly, that seems quite different from the America I live in today.

Hard work in the 1930s seemed to have been something enshrined in the American ethos—not something you hoped your kids could avoid if they went to college and got a cushy desk job. Granted, hard work and desk jobs are hardly antonyms. But my experience in Corporate America has shown me that, rather than truly valuing productivity and hard work, most businesses (especially larger ones) tend to favor the notion of ‘face time’ where commitment is measured by how much time you spend at work. To this end, I submit that there is an absurd amount of wasted time in Corporate America today. And I’m not talking about meetings either (which is a whole other horrible subject).

Instead, I’m primarily grousing about the culture that’s sprung up around salaried workers, especially IT people (IT pros and developers). In my experience, many developers and IT pros could actually get their jobs done in roughly 2-4 hours on many days within many organizations if they weren’t constantly hampered by interruptions, dealing with sub-par tools and software, and constantly being harangued by pointless meetings. Of course, there are some days when there’s no way to cram everything that needs to be done into a paltry 2-4 hours, and the occasional 14-hour day here and there would make sense, as well as occasional sprints where 10-hour days might be needed for a whole week while working on big initiatives or problems. Technically speaking, the whole idea of salaries is that employees are trusted and treated as adults who are able to work as many hours as needed to get the job done. Short days are allowed some days, when possible, and longer days on other days and as needed. The problem though, is that corporate culture in America isn’t really focused on actually getting the job done. Instead, most organizations pervade a culture where you’re not deemed a good employee unless you’re regularly around or available—where people can see your face (i.e., when you’re putting in ‘face time’).

Personally, the notion of face time, or the fact that I was fully expected to work 12 or 14 hour days for weeks at a time when needed, but couldn’t work 4 or 6 hour days later on when things were slow, was what helped push me into consulting, into getting out of corporate work. Granted, I’m pretty nerdy, somewhat anti-social, and have even been accused of being a misanthrope—so the idea of standing around the water cooler and discussing the latest episode of Friends or some sports team after I had gotten my work done never really thrilled me that much. Instead, I would have always preferred to head home and visit with the people I really worked for: my family.

Given that there was no way I, a measly peon, could overthrow the culture of face time that pervaded so many of the companies I worked for early in my career, despite the fact that study after study shows that employees—especially developers—are more productive when they get ample down time away from work, I needed something to do to fill the time during slow days and days when I had finished my work early and still had time before I could make a break for the door. So I turned to learning and coding. There’s a joke that says true developers take time off so they can code. For years, I tried to embody this sentiment during the day or while working at my day job. No, I wasn’t working on my own open-source libraries or plans for world domination on my employer’s time, though I’d argue that if I was salaried and done with my work, this was my time, though not my equipment; but that’s another story. Instead, I was working on new projects, new initiatives, or reading and learning as much as I possibly could, rather than spending time creating meetings out of thin air to justify my existence or standing around the water cooler or strolling into the offices/cubicles of buddies and chatting all day long.

Put simply, I created pet or hobby projects at work; things that aligned with my job description and realm of influence, things that I could be passionate enough about to want to work on after I got my real job done. These things would help me learn more about the technologies and tools I was passionate about. The benefit of doing so was that, in addition to being around and being available when someone genuinely needed me (i.e., by prostituting myself to the soul-crushing culture of face time), I was also perceived to be a hard worker and I was constantly improving my skill set.

In short, don’t just put in the hours. Figure out ways to make your days more interesting and improve your skills. You’ll find that the time passes more quickly, that you’re more satisfied, and that your increased skill-set will provide you with many more opportunities in the long run.