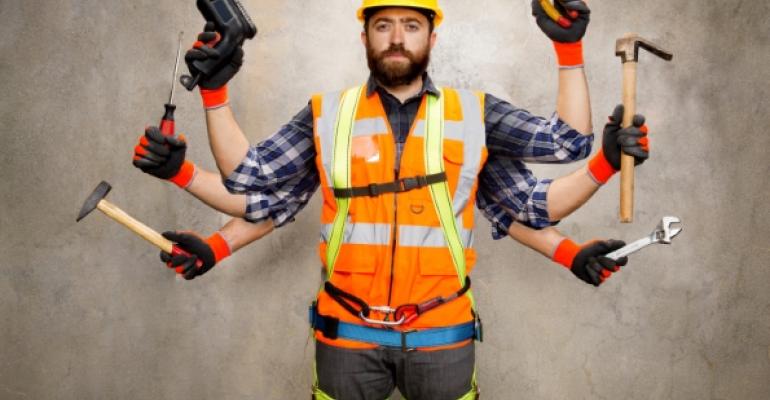 A Look Back at My Favorite Developer Tools in 2014

And the tool I can't live without

Maybe it’s just me, but it’s really difficult to believe that 2014 is almost done and gone and that 2015 is just around the corner. While thinking back on what I’ve accomplished this year from a technical standpoint, I’m reminded that a few tools I used throughout the year have helped me accomplish much more than would have been the case otherwise. As such, I wanted to take a few minutes and share a brief overview of some of the more important and beneficial tools I’ve used throughout this year, including my favorite tool of 2014.

Regular Tools and the Usual Mentions

Of course, as a developer, I’d be remiss if I didn’t call out Visual Studio as one of the tools I use most. I also, of course, spend an obscene amount of time in SQL Server Management Studio, though in truth, while SQL Server Management Studio and I no longer fight like we used to, it’s still a miserable tool compared to what I think Microsoft COULD have come up with, had they not tried so hard to foist a studio experience on DBAs and Database developers. But I digress; I want to make sure that I called out some key tools from two third-parties that helped me quite a bit when working with both SQL Server and Visual Studio. To that end, Resharper and dotCover from JetBrains are, in my mind, simply indispensable. Likewise, I also heavily use of Red Gate’s SQL Prompt from within SQL Server Management Studio. SQL Prompt isn’t a perfect tool (I’ve tried similar tools from other vendors, and part of me is still surprised at how virtually no one has managed to get ‘IntelliSense’ working perfectly within SQL Server Management Studio), but it’s come a long way and it’s Tab History functionality is, strangely, something I’ve come to rely upon when I didn’t think I’d care much for it.

Going beyond the regularly used and oft-lauded tools, I wanted to talk about two other tools I’ve used quite a bit this year and in years past: Snagit from TechSmith, and VMware Workstation.

I first bumped into Snagit about a decade ago when working as a Technical Evangelist with the need to take lots of screenshots and annotate them to help provide overviews and walkthroughs of some of the technical products I was touting. Snagit has gone through a number of major revolutions and changes through the years, but as of version 11 (the most recent version is 12), the tool became a lot less cluttered and complex, and now Snagit 12 is very intuitive to use. Not only does the tool make static screen captures easy to generate and annotate, but the Snagit Editor is a mini database of all screenshots you’ve ever taken—with each tagged by date and time, apps captured from, and other attributes as desired. Today, I still create the occasional bit of documentation or a walkthrough for clients; showing them how to change settings, capture data, or do whatever else by capturing screenshots, annotating them, and sending them with written instructions. But I also use Snagit to help document things (i.e., if I’m about to change settings on a screen and I’m a bit worried I might mess something up, a screen cap of the ‘before’ settings is a great backup), as way to capture data or state when profiling servers, or when capturing anything I want to be able to reference in the future. In short, Snagit is a tool I’d have a hard time living without.

VMware Workstation is another tool I heavily rely upon. Yes, I know there are free virtualization options out there, but VMware WorkStation is well worth the price in my book simply because it’s faster, more robust, and easier to use than other solutions. VMware Workstation’s Unity feature is also mind-numbing; with it, you can run access to the applications within your VMs directly on the host as if they were natively installed on your host/desktop—thanks to the marvels of virtualization and Unity’s ability to redirect interactions with applications in Guest VMs. This function has proven insanely helpful in letting me manage and maintain a few older apps written in Visual Studio 2010, as I can start up my “VS2010” VM, switch it into Unity mode, and then access Visual Studio 2010 on my host/desktop as if it has Visual Studio 2010 installed locally, but without all the incompatibility headaches and issues.

Another key thing that I love about VMware Workstation is that it lets me navigate VPNs. As a SQL Server Consultant, I’ve got gobs of clients who give me VPN software and credentials to access their systems. Rather than screw up my main OS (there’s nothing quite so unforgiving with your stack as VPN software), and running the risk of VPN clients fighting each other to the death on my main machine, I just install and run these within two or three different VMs that I’ve created via VMware Workstation—which can even let me connect to multiple clients at the same time in some cases—and all without worrying about what they’re doing to my main workstation.

On my Practical SQL Server Blog, I named Devolution’s Remote Desktop Manager as my Favorite Tool of 2012 and CloudBerry Lab’s Server Backup as my Favorite Tool of 2013. I won’t be naming my favorite tool of 2014 on my SQL Server Blog because I’m currently working on post #17 of an over 25-part series about how to manage SQL Server Agent Jobs when SQL Server AlwaysOn Availability Groups have been thrown into the mix and I don’t want a significant interruption in flow. Instead, I’ll be naming that tool here. And, for 2014, that tool is Trello, from the geniuses at Fog Creek Software.

On the surface, Trello looks to be insanely simple. It’s kind of like a digital bulletin or white board where you create ‘swimlanes,’ or channels, for various states or sub-divisions of data to which you then affix digital cards. These cards, in turn, can be decorated with all manner of detail and data to help represent just about anything imaginable, and they can then be moved or shunted from one swimline to another to represent state or status changes, priorities, or anything else. Within cards, you can further define To-Do lists, insert text, images, bulleted lists, tag and categorize, assign cards to various users of your board (if you choose to share it), and even set reminders and due dates. Ultimately, Trello is simple enough to track things as mundane as grocery lists, yet powerful enough to effectively manage things as complex as a scrum board. I use it to track various tasks and needs for each of my clients (i.e., each client gets their own board that I can share with them if they’d like), some of my own software projects, and a host of other things. More than having a fantastically intuitive and amazing web UI, the tool also sports native versions for iOS, Android, and Windows—which is all pretty amazing for a tool that’s totally free. In other words, this tool would rank high on my list even if it had a monthly or yearly fee associated with it, because it’s that good. But given that it’s free, ubiquitous, and an utter joy to use and work with, it’s an easy shoe-in for my favorite tool of 2014.