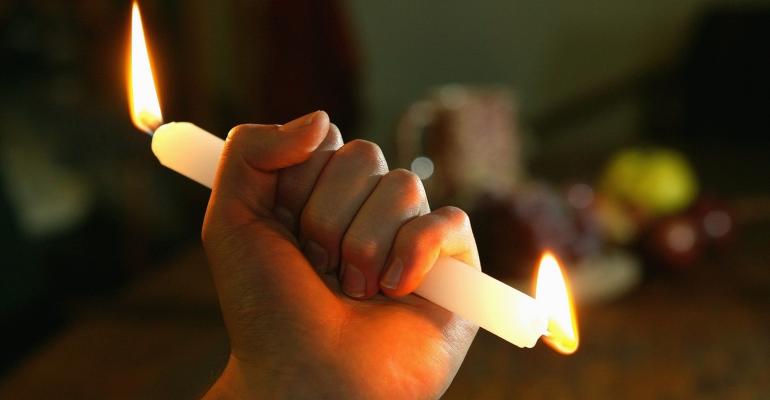 Developer burnout is a very real problem, especially in the Great Resignation era and as the demand on IT staff is higher than ever.

Developer burnout is helping to drive an exodus of software developer talent from organizations, as part of a larger trend known as the Great Resignation, according to a report released on April 13 by MuleSoft, which is a division of Salesforce.

The MuleSoft report was based on research conducted by Vanson Bourne in February 2022 across the U.S., U.K., France, Germany, and Australia. Eighty-six percent of respondents indicated that in the last two years it has become increasingly difficult to recruit software developers. One of the reasons why is the larger macroeconomic trend of the Great Resignation, where employees are leaving their employers en masse during the COVID-19 pandemic as they seek a better work-life balance.

Burnout is also a large challenge for developers, according to the report. The top causes of developer burnout are increasing workloads and the challenges of learning new skills to adapt to emerging technologies.

What's the secret sauce to keeping the IT staff happy and content in their roles? If not one of the answers here, what SHOULD be listed?

"The pandemic was a massive accelerator for the need of digital tools," Matt McLarty, global field CTO and vice president of the Digital Transformation Office (DTO) at MuleSoft, told ITPro Today. "Non-technology companies were ultimately forced to become technology companies overnight, and we saw nearly every organization require developers to help them achieve these new goals on high-pressure deadlines, all at once."

MuleSoft CTO: Why Developer Burnout Is a Great Resignation Challenge

During the COVID-19 pandemic, developers increasingly have found themselves working from home, like everyone else.

However, like many industries, developers found working remotely blurred the lines between at work and at home time, causing them to work an unreasonable number of hours, McLarty said. On the flip side, remote and flexible working options are actually being used to attract people to development jobs, and that's factoring into the Great Resignation, he added.

The MuleSoft study found that the cognitive load required to learn new software architecture has also been a challenge, leading to developer burnout. Cognitive load isn't just about complexity, according to McLarty, as developers are quite used to dealing with complexity. This issue is pairing complexity with the sheer volume of work on developers' plates — that combination takes it to the next level of difficulty and leads to cognitive overload.

"The demand for development is so high, but it just doesn't match the growth of the developer talent pool," McLarty said. "This is leaving many developers overburdened or searching for opportunities to innovate and go beyond repetitive work, thus joining the Great Resignation."

How to Prevent Developer Burnout

Software traditionally has been developed almost exclusively by a small population of software engineers, and that's something that needs to change, McLarty said.

According to the MuleSoft report, 90% of the IT leaders who were polled agree that organizations need to empower the wider workforce to take the strain off developers and scale IT innovation. 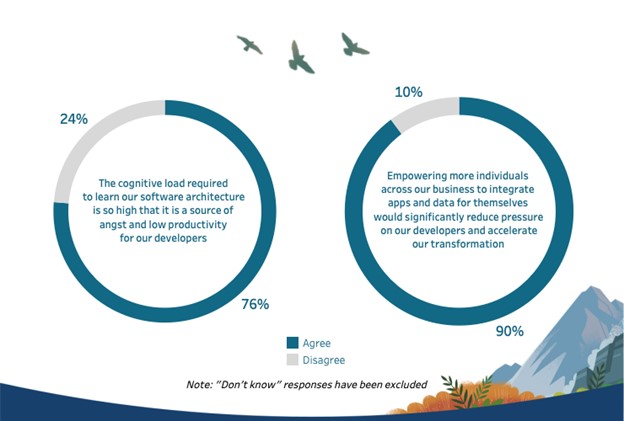 Developer burnout can be mitigated by reducing the cognitive load on developers and enabling more users to build applications.

A primary cause of burnout is overworked developers spending inordinate amounts of time on repetitive tasks. McLarty suggests that organizations automate the processes that have, at this point, become repetitive.

"Giving developers user-friendly tools will maximize their productivity so that they can do more with less," he said. "Adopting more low-code/no-code solutions will also help them, by empowering other workers in the organization to become engaged in building digital solutions instead of just documenting requirements."

While providing developers with the right tools is important, so too is the need for improved communication from management.

"Keep the lines of communication open and show your developers you care and want to keep them happy at work," McLarty said. "Act on this by alleviating the pressure from digital transformation and repetitive tasks by providing them with automation tools and technologies."