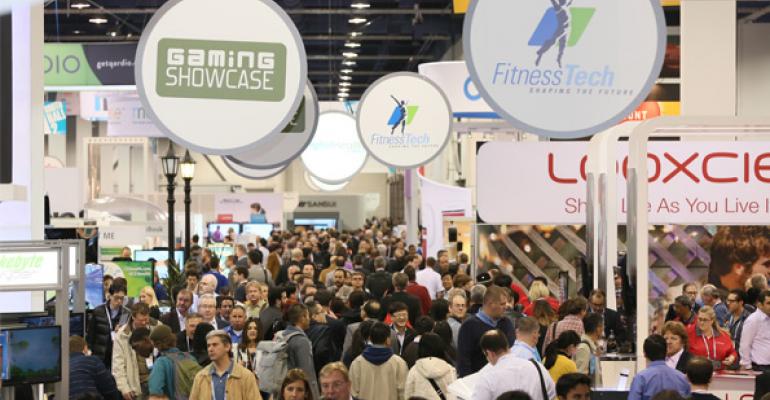 CES 2014: What Does Dual OS Hybrids Mean for Microsoft?

In general -- not a solid idea

At CES 2014, there was little news from the Microsoft front. Although there's been different kinds of coverage on whether CES is still relevant and implications of Microsoft's absence at the show for two years now, there's a smaller story that came from CES 2014 that I think deserves a little bit of analysis.

At the show, Intel and Asus briefly announced their own plans to introduce a dual-OS hybrid that lets users switch between Windows and Android OSs. Seemingly these announcements received little to no attention at CES, and that's likely because very little details about these offerings were revealed. However, I think it's interesting to consider what kind of impact this new development might have on Microsoft.

My first question was, "Is there any practicality to an offering like this?" Would it be more useful for power users versus everyday consumers? I sat, and I thought for a very long time.

To be honest, I couldn't really come up with any scenarios where I thought Dual OS would be incredibly useful, and believe me, I really tried to think of something that would fit the bill.

With that, I took to Twitter and tweeted my question.

@DWTrump responded saying that it might be useful to developers if it was virtualized Android; however, he makes an excellent point about marketing execution:

@DevProConnect If it's virtualized Android, devs may find it useful (not me) Dual boot is a headache I don't want to tolerate anymore.

We can't ignore that fact that Microsoft has been slammed by critics and technical pundits because the marketing and advertising surrounding Windows 8.1 hasn't been crystal clear for everyday consumers. This is a topic that Dev Pro contributing editor, Michael K. Campbell has covered extensively and most recently in his article, "Windows 8.1: Awesome, but Still Not Ready for Typical Consumers."

And although Microsoft has improved considerably in touting the benefits of Windows 8.1 to everyday consumers, this type of technology lies out of their control because the marketing execution really is up to the hardware manufacturer. Of course, it's still too early to see how Intel and Asus will pitch the practicality of the OS to everyday consumers, but I think that one small misstep might make Microsoft be an easy target for blame.

Slicing this from the everyday consumer perspective, my friend Brendan Long thought it might be useful to run Android apps on mobile devices because the Windows Store app offering isn't quite up to snuff. Alternatively, booting to Windows might also be useful to consumers because of Microsoft's Office offerings. But in the end, we both agreed although that use case is completely feasible, it's still seems underdeveloped. Would consumers really buy the OS for that reason? Unlikely.

I also talked to Dev Pro contributing author, Wally McClure and asked what he thought about the announcement.

"I think it's a gimmick. Sales of PCs are down year over year. Hardware manufacturers are trying to boost sales. Now, I can be completely wrong, but someone might buy a laptop that you can run Windows and Android on and love it, but I see the two as having different use cases," Wally said.

Wally elaborated and explained these two use cases.

"I've always felt that PCs -- desktops or laptops -- have a content production use case. 'I'm going to sit down and write code, create a video, write a document, create something.' I've always felt that handheld devices are primarily about consuming content and quick usage, such as posting to Twitter, taking a picture, or responding quickly to a friend on SMS."

In the end, we both agreed that Dual OS is a bit like grasping for straws.

Finally, I asked SuperSite for Windows' Paul Thurrott what his thoughts were. He, too, agrees that Dual OS systems are unlikely to take off.

"I don't think dual OS systems are viable or valuable for users. They are certaintly against Microsoft's strategy, which is to provide touch-based mobile experiences inside of Windows. But the big issues is that you have to go back and forth on the same device and learn two UIs, and the resulting systems will be non-ideal for either," Paul explained.

Paul recently wrote a commentary on Windows IT Pro titled, "PC vs. Tablet: Use the Right Tool for the Job." In his commentary, he essentially comes to the conclusion that today's technology is desprately trying to make a single device capable of doing everything.

"We've lost sight of the fact that sometimes a single-use tool is fine, and it's not all that hard to use separate tablets and laptops," Paul said.

Admittedly, we'll have to wait and see how Dual OS continues to develop. Some media outlets are trying to spin this story, saying that this new trend could potentially dilute Microsoft's dominance on Windows, but I don't buy that. Sure, Microsoft and Google probably aren’t fans of this new direction from hardware manufacturers, but there doesn't seem to be a single, solid use case going for Dual OS currently, which makes it a seemingly premature concept.