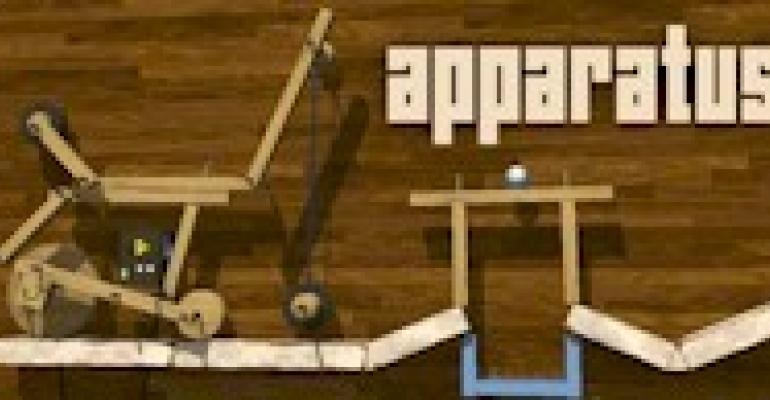 Bithack pulls Apparatus, with big complaints about the Amazon Appstore

Among Bithack's complaints about its experience with the Appstore are what it said are Amazon's slow review process, its lack of a device filter (allowing those with unsupported devices to download the app, making for unhappy customers) the ease with which a new app can slip into oblivion and the inability of developers to interact with those downloading their apps, and vice versa.

"On Android Market, how to contact the developer of an app is straightforward. I receive many emails every day from users requesting new features, reporting bugs or just sending a 'Thank you for this great game!.'" states the post.

"Even though 180,000 people downloaded Apparatus on Amazon Appstore, I have only heard from 3 of them, and 2 of them contacted me through Twitter. This leads me to think that it must be very hard for the Amazon Appstore customers to contact the developer of an app..."

This led to Bithack's seemingly greatest point of frustration, as it was unable to respond to or address bad reviews—one of which, seemingly based on confusion or false assumptions by the reviewer, rose to the top of the review section, with users voting it "Most Helpful" and shoppers thanking the reviewer for steering them away from a download.

The review accused the app of tracking users, including ads and needing to be connected to the Internet, all of which Bithack says is false. "This kind of paranoid review is just beyond anything I could have imagined before," states the post.

Shortly afterward, Amazon dropped the apps' price to $0.99, a quarter of its intended selling price.

App store direct revenue is slated to rise 92% year-over-year, reaching $14.1 billion in 2012, according to Canalys, and the number of app stores opening their doors is on the rise — and at analysts' recommendation. While the Amazon Appstore, and markets like GetJar, are alternatives to the Apple App Store and the Android Market, the research firm has reported that there are opportunities for mobile operators to offer smaller but more curated selections, geared more specifically to their subscribers.

The growing app market presents opportunities for operators beyond just direct revenue, Canalys explained in a June 29 report. "For example, they can actively build consumer experiences that bolster customer loyalty. A vibrant app ecosystem could lure new customers, while helping operators upsell current customers to higher-end smartphones and larger data contracts, and could even encourage pre-pay customers to consider post-pay contracts," it continued.

They'll just want to be take care that the markets they put in place are as friendly to developers as to end users, as the pairs' frustrations, if Bithack's experience holds true, are closely linked.

Bithack apologizes, in its post, to those who downloaded the app, which it won't be able to provide updates for, and encourages still-interested parties to instead download Apparatus from Google's Android market.

For those Apparatus users wanting to download the app again from the Android Market, the company is offering a refund on the second purchase—just email your Amazon receipt, Google transaction ID and Android Market transaction to [email protected] and Bithack will be in touch.