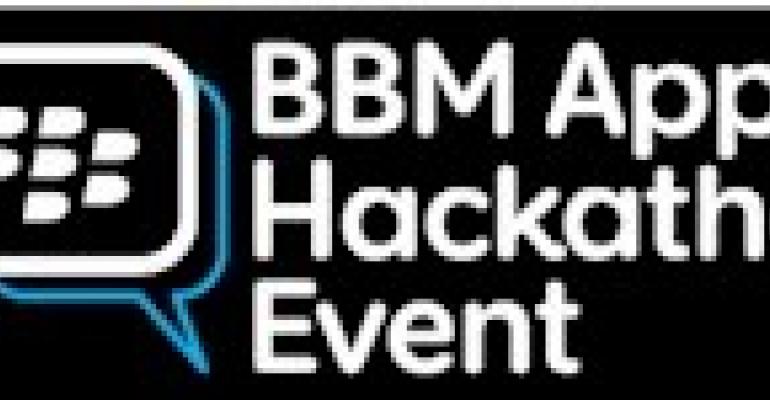 AT&T and BlackBerry-maker Research In Motion have each announced upcoming mobile app hackathons, adding to

“We’re committed to engaging with developers worldwide to deliver a new wave of innovative, powerful apps to our customers that leverage the deep capabilities of the AT&T network,” AT&T CTO John Donovan said in a July 15 statement, announcing Hackathons in Redmond, WA, Aug. 6; San Jose, Aug. 27; and Chicago Aug. 27, with more dates and locations to come.

Helping AT&T with the events will be Apigee, a provider of API management tools that will help developers to access AT&T network-based services such as location, messaging, payment and speech.

Specific event pages encourage potential participants to "feel free to code in the language you feel most comfortable in," but the clear emphasis isn't on AT&T's longtime-touted iPhone but the Android and Windows Mobile platforms, with developer support to be on site from Sencha, Apigee, RedFoundry, PhoneGap, AppMobi, Google and the Microsoft Windows Phone 7 team.

AT&T says its customers will benefit from "quicker access to the best new enhanced apps that emerge" from the Hackathons, which sounds as though they'll be offered through an AT&T store (CP: With app numbers rising, so are app-selling opportunities), a move not likely to jive with Apple. Or, perhaps the iOS faithful will simply have already done their hacking and socializing at iOSDevCamp, held last Friday at the PayPal offices.

Similarly, a BBM Apps Hackathon is planned for Aug. 11-12 at New York City's Ace Hotel, where developers will be able to ask questions of BlackBerry product experts.

The BBM community, says RIM, is growing at a rate of 2 million new users each month, and collectively they send more than 100 billion BBM messages a month. Of BBM's 45 million-plus-strong user base, 70% use the app every day.

Back in March, the first Android Hackathon in the San Francisco Bay Area was held, bringing together developers, designers and testers, all interested in Google's quickly growing platform. Despite Android's growing handset sales, however, it's beginning to lose developer support to iOS.

According to new data from Flurry, from the first quarter of 2011 to the second, the number of new developer projectors in Android fell from 36% to 28%, while iPhone/iPod Touch projects grew from 54% to 57% and iPad projects grew from 10% to 15%.

Flurry's Charles Newark-French opined in a July 14 blog post that PayPal's recent acquisition of Zong (CP: eBay's $240 million purchase of Zong a major win for carriers) may suggest Google wasn't enabling consumer payment easily enough, and that the iPhone's launch on Verizon and also the rising costs of developing on Android (MDP: Microsoft Goes After Samsung for a Piece of Each Android Smartphone Sold) may be dissuading developers from Android.

"With developers pinched on both sides of the revenue and cost equation," wrote Newark-French, "Google must tack aggressively at this stage of the race to ensure that Apple doesn’t continue to take its developer-support wind."