/sites/all/themes/penton_subtheme_itprotoday/images/logos/footer.png
Recent
Recent
Microsoft, Salesforce Add $300M to Carbon Removal’s Growing Cash Pile
May 25, 2022
3 Reasons Why Private Cloud Computing Is Losing Its Appeal
May 25, 2022
3 Challenges Hurting Application Modernization — and How to Tackle Them
May 24, 2022
AI in Business: Can Ethics Be Reduced to Metrics?
May 24, 2022
Featured
5 Best Practices for Compliance-Proofing Your Cloud Strategy
May 18, 2022
4 Reasons Why AWS Could Lose Its Dominant Cloud Market Share
May 10, 2022
How to Spot the Warning Signs of Ransomware Attacks
Apr 20, 2022
Best Windows 11 Tips and Tricks: Top 11 Articles
Mar 18, 2022
What Is...?
brought to you by
Technical Explainer 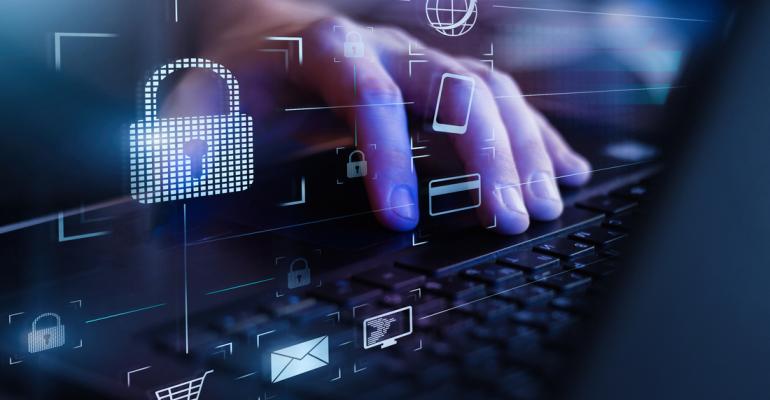 What Is Data Encryption?

Encryption has become a standard data security measure, especially for companies that handle sensitive data. Learn what encryption is, how it works, and how it used.

Encryption is a method for storing or sharing data to avoid compromise of the data. It is a key component in data security strategies.

The encryption process typically involves the use of algorithms to covert data into an unreadable format. To decode the encrypted data, a user must have the correct digital key and/or credentials.

Data encryption has developed into an critical cybersecurity measure in recent years. Numerous factors that have driven encryption’s rise. Factors include the growing series of points that data traverses through, which creates more exposure. In addition, hackers have become more sophisticated in their tactics, making it necessary for organizations to adopt stronger data security techniques like encryption.

How Does Data Encryption Work?

Data can be encrypted at rest or in motion.

There are two basic ways to encrypt data: symmetric or asymmetric encryption methods. They can be used separately or together.

In symmetric encryption, the data’s owner shares a private key with another user to access the data. This method is often used when large amounts of data are involved.

Asymmetric encryption requires two keys: a public key for encryption and a private key for decryption. Anyone who needs to encrypt a piece of information can use the public key, but only users with the right private key can decrypt that information.

Email is an example of asymmetric encryption: You may receive an encrypted email from an organization, but only you can open it with your private key.

Choosing between symmetric and asymmetric encryption -- or whether to use them together -- depends on three things: your tolerance for risk, the need for speed, and your individual use case.

Common use cases for symmetric cryptography include anything related to personal identifiable information (PII) or Payment Card Industry (PCI), such as encrypting credit cards or other PII required for transactions. Symmetric cryptography is often also used for confirming the identity of someone sending a message and for data at rest or in storage.

Examples of Encryption in Use

There are two ways to do encryption: through specialized software or through encryption features built into apps and security tools like payment gateways, cloud security software, and email security products.

Here are some examples of encryption in use:

Application-layer encryption for a web application

A managed security services provider (MSSP) was tasked with ensuring the secure transfer and storage of confidential customer data via its client-facing web application. The MSSP adopted application-layer encryption from Ubiq Security, which encrypts data based on the application that owns the data rather than the storage medium or disk where the data is stored. When data is stored or transferred over the network, it remains encrypted until it reaches the destination application that holds the encryption keys. The Ubiq Security offering also added entity-level encryption so that each data element had its own unique encryption key.

A Danish company that owns and operates an 18-kilometer crossing needed a more secure way to collect and manage its traffic measurement, control, and monitoring data. The company, which had relied on traditional firewalls to encrypt external connections, acquired Zybersafe, a hardware product. Zybersafe is encrypted according to the AES 256 GCM standard, a so-called block encryption algorithm, where encryption keys can be up to 256 bits in length.

A university research lab had to encrypt confidential research data and protect it from unauthorized access throughout projects. At the same time, the data needed to be accessible for cloud-based collaboration. In addition, the research team wanted a granular level of control over permissions to access specific files and folders. The team deployed privacy-compliant encryption software from Boxcryptor, which ensured students’ projects and work were stored securely and accessible in the cloud. Today, full datasets containing PII are encrypted using Boxcryptor.

Despite encryption’s broad benefits, however, only about 50% of organizations have developed a comprehensive encryption strategy that is used consistently, according to security firm Entrust.

A multitude of vendors have developed products, and the market continues to grow. There is little excuse for not adopting encryption practices today.