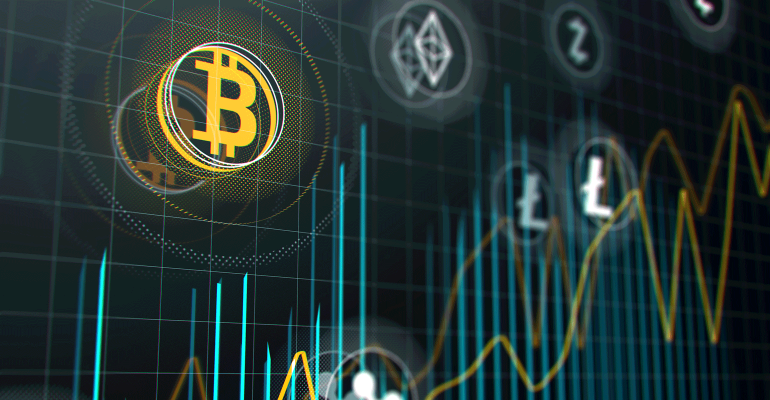 Federal institutions, armed with an executive order from the White House, begin to lay down strategies to get their arms around digital assets such as Bitcoin.

President Biden’s executive order to establish a government strategy regarding digital assets will open the door for regulatory involvement in the sometimes-volatile world of cryptocurrency. Issued earlier this month, the stated intent of the executive order is to ensure “responsible development of digital assets.” That would include forming a plan to safeguard citizens and national security as well as address potential climate risks that may stem from cryptomining activities, which can escalate power consumption drastically.

The executive order for the most part starts to lay some groundwork for government agencies to develop their understanding of this space. Some branches of government are already at work out of necessity to act in the face of current events. Attorney General Merrick B. Garland recently launched Task Force KleptoCapture, which is an interagency law enforcement effort to enforce economic sanctions on Russia in response to its invasion of Ukraine. The task force’s stated activities will include targeting efforts to use cryptocurrency to evade those sanctions. Resources that will be made available to the task force include cryptocurrency tracing, data analytics, information from the private sector and regulators.

Avivah Litan, distinguished research vice president at Gartner, says Biden’s executive order may introduce benefits and sort out some policy confusion on cryptocurrencies and central bank digital currency (CBDC). “One of the main issues is cryptocurrency is treated differently by different regulatory agencies,” she says.

For example, the Securities and Exchange Commission tends to view crypto as a security, Litan says, while the Commodity Futures Trading Commission calls bitcoin a commodity, and Treasury calls it a currency. “There’s some turf issues,” she says.

Meanwhile, Congress has seen different legislation proposed, Litan says, where advocates sought to deregulate and promote crypto and blockchain usage, or concerned politicians seeing this digital space as a haven for criminals. The recent actions within the United States on this front trail still behind other countries such as The Bahamas, which has been very crypto-friendly, she says, with the FTX exchange setting up shop there. “The Bahamas was also the first country to launch a CBDC,” Litan says. Singapore, Portugal, Switzerland, Malta, and Germany have also taken welcoming stances on crypto.

Some federal agencies have already given glimpses of how they intend to approach the executive order. Secretary of the Treasury Janet L. Yellen issued a statement that the order will support responsible innovation that may benefit the country, businesses, and consumers while defending against threats to the financial system. To that end, the Department of the Treasury stated it will work with other agencies to generate a report on the future of money and payment systems.

Litan says the SEC’s current desire to view crypto as a security is a change from the prior administration. “Jay Clayton [the former chairman] explicitly stated bitcoin was not a security,” she says. “There’s a lot of competing views.”

So far stakeholders in this space appear to be amenable to government becoming more active in digital currency. For example, the Blockchain Association issued a statement that it and its member companies want to work with the Biden administration on the matter.

[The Blockchain Association did not respond for requests for further comment.]

There may be some naysayers to regulators getting involved in digital currency, because the introduction of a framework and guidance may mean limitations and control. “The people using decentralized finance (DeFi) are happy it’s not regulated,” Litan says. Organizations that create DeFi systems, which she compares to Wall Street on smart contracts running on public blockchains, have had a mixed response to the potential for government guardrails. The naysayers seem to want to protect the gains they have seen prior to regulator involvement. “The ones that don’t want regulation have been trying to decentralize their companies,” Litan says. “Crypto users that are making good money have also been very happy there’s no regulation.”

The emergence of digital assets outside the purview of traditional institutions has led to some confusion that the Biden executive order might start to clear up. “Many times, the courts have found that the SEC has regulatory authority to pursue fraud,” Litan says. “There are a lot of different views these agencies have.” Meanwhile, Treasury is largely concerned with stablecoins, she says, because they are backed by fiat currency, which are government-backed rather than backed by commodities such as gold. “If they lost their peg, there could be a run on the bank, which could result in financial instability.” Litan says.

It seems the introduction of a blueprint for government to work from may be appreciated to clear some of the murkiness that surrounds digital assets. “The cryptocurrency industry wants this clarity,” Litan says. “It’s not a bad thing.”