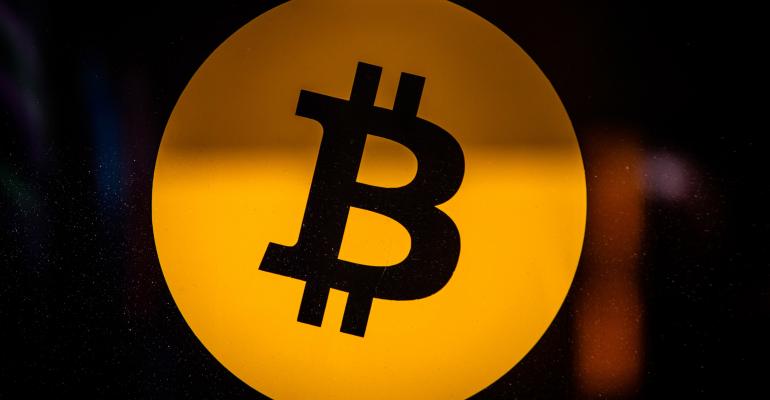 Bitcoin Veterans Know to Keep Their Eyes on $19,511 Level

Bitcoin's drop this year has brought it to around $20,700 on Wednesday, its lowest point since December 2020.

(Bloomberg) -- Round numbers tend to be a fixation for Bitcoin chart-watchers, with many keeping their eyes peeled on $20,000 amid the latest swoon. But veterans know to be on the lookout for a more noteworthy one: $19,511.

That’s the high the coin hit during its last bull cycle in 2017, which it reached at the end of that year. Throughout its roughly 12-year trading history, Bitcoin has never dropped below previous cycle peaks, according to Vetle Lunde and Jaran Mellerud at Arcane Research, so a break below it would be momentous.

“A potential visit below this level could lead to a lot of hodlers capitulating and a wind-down of leverage, making this a very important support level to pay attention to onwards,” the pair wrote in a note, referencing long-term, staunch holders. 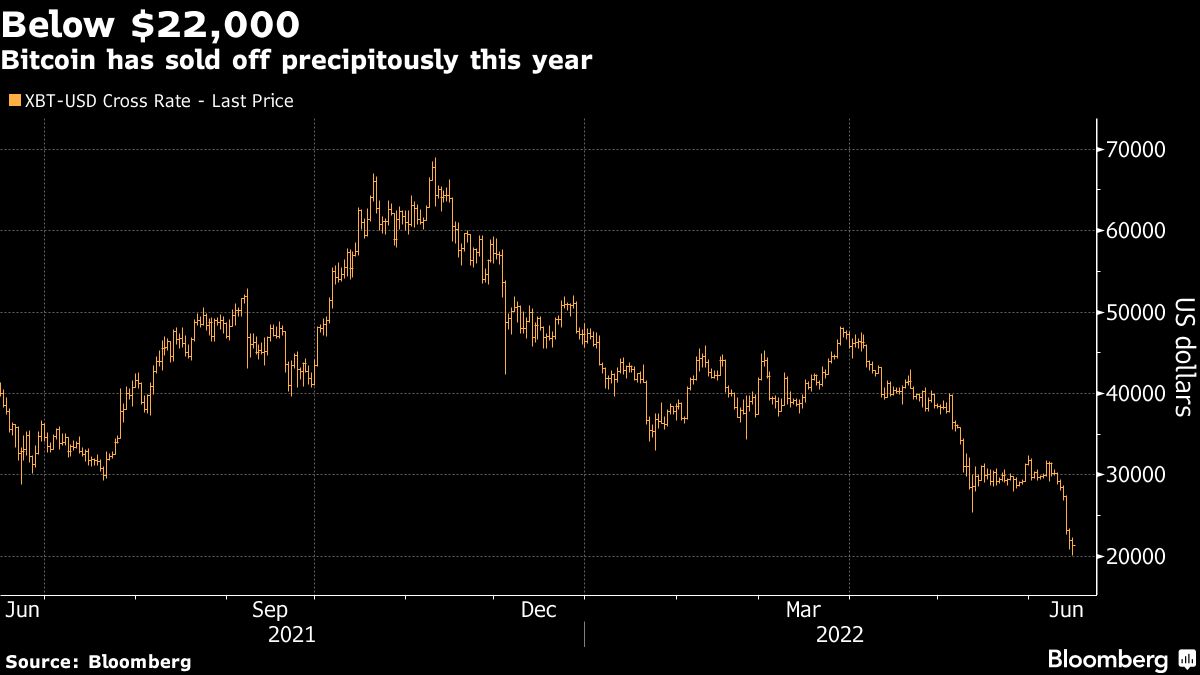 In addition, besides the psychological importance of the level, most of the open interest in Bitcoin options is based on the $20,000 strike price, according to Arcane, “which can contribute to selling pressure in the spot market should the price fall below.”

Cryptocurrencies have tumbled this year, with prices of some digital assets falling as much as 90% as the Federal Reserve raises interest rates to combat rampant inflation. Tokens have suffered a bad stretch this week in particular as the market prices in even more aggressiveness from the central bank. Bitcoin is down roughly 30% since Friday, one of its worst six-day stretches on record. It hasn’t seen a single up day over the last nine sessions.

The coin’s drop this year has brought it to around $20,700 Wednesday, its lowest point since December 2020, meaning no one who bought over the past year and a half has made a profit. Many analysts are now watching indicators to see who else might come under pressure to sell.

Whether crypto prices continue their declines going forward is anyone’s guess, but market-watchers say that a lot will depend on the Fed. The US central bank on Wednesday raised its main interest rate by three-quarters of a percentage point -- the biggest increase since 1994 -- and signaled they will keep hiking aggressively this year. A higher-rate environment has been deleterious to riskier assets like crypto.

Katie Stockton, founder of Fairlead Strategies, a research firm focused on technical analysis, is seeing a “decisively negative shift in short-term momentum” for Bitcoin. A breakdown below $27,200 has increased the risk of the coin dropping to around $18,300-$19,500, another support area. “Bitcoin and most other risk assets remain out of favor in this environment,” she wrote in a note this week.

Meanwhile, the selloff in the crypto space has already spurred a number of companies to announce layoffs and hiring freezes. Coinbase Global Inc. announced this week it will lay off 18% of its workforce, following in the footsteps of others -- including Gemini Trust Co. and lender BlockFi Inc. -- who have made similar moves.

Peter Tchir, head of macro strategy at Academy Securities, says such developments -- along with potentially reduced spending on advertisements, conferences and other things by crypto companies -- can start to have an effect on wealth.

“If the slowdown is real -- and I think it is -- I think we will maybe hit $10,000 on Bitcoin, you could see a knock-on effect in the economy that we would not have thought about two or three years ago,” he said on Bloomberg TV and Radio.