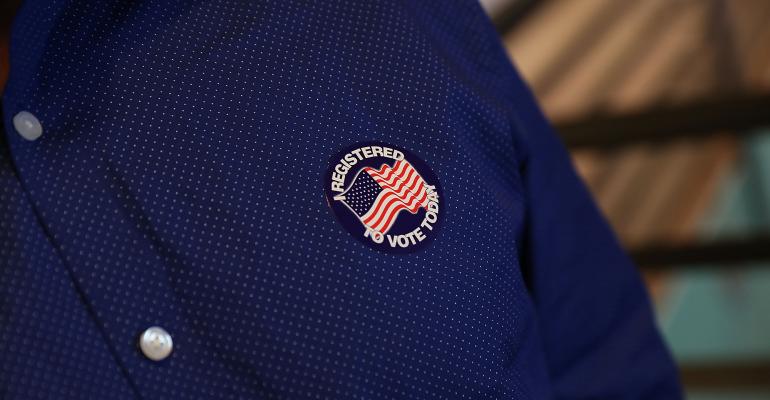 Defense Secretary Mark Esper said the American military is preparing to repel foreign governments’ attempts to interfere with the 2020 elections.

“Our adversaries will continue to target our democratic processes,” he said at a conference hosted by the Department of Homeland Security’s Cybersecurity and Infrastructure Security Agency on Thursday. “We must remain adaptable and continue to advance our capabilities. This is already happening in preparation for the 2020 elections.”

Esper did not specify which countries might be involved in the cyberattacks, but then-Director of National Intelligence Dan Coats warned early this year that adversaries view 2020 as an “opportunity to advance their interests” and may seek to hack election systems. And a Trump administration official said in June that Russia, China, and Iran are already trying to manipulate U.S. public opinion before 2020.

“Influence operations against the American public are now possible at a scope and scale never before imagined,” Esper said. “The Department of Defense has an important role in defending the American people from this misinformation, particularly as it pertains to preserving the integrity of our democratic elections.”

Kevin McAleenan, the Department of Homeland Security’s acting director, warned that the threat has intensified since the last presidential election. He said at the conference that “2018 was maybe a playoff game, 2020 is the Super Bowl with election security.”