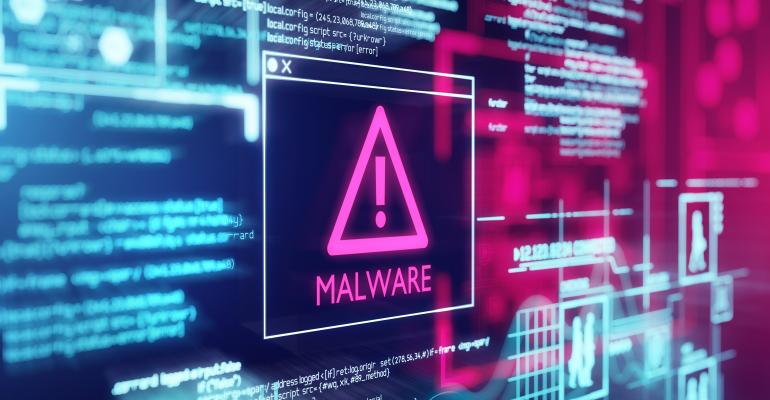 Russian ‘Evil Corp’ Is Behind a Decade of Hacks, U.S. Says

The group used a kind of malware called Dridex to harvest log-in credentials for financial institutions in more than 40 countries, according to the Treasury Department. Dridex, also known as Bugat and Cridex, often reaches victims through phishing emails.

(Bloomberg) -- The U.S. unveiled criminal charges and sanctions against members of a group that calls itself Evil Corp, which authorities blame for some of the worst computer hacking and bank fraudschemes of the past decade.

The Justice Department, working mainly with the Treasury Department and British authorities, brought conspiracy and fraud charges against members of the group. It said the group “has been engaged in cybercrime on an almost unimaginable scale,” using malware to steal tens of millions of dollars from customers doing online banking. Treasury said it would sanction Evil Corp and its leaders for cyber-thefts committed at hundreds of financial institutions around the world.

The organization’s alleged leader, identified as Maksim Yakubets, also worked for Russia’s Federal Security Service intelligence agency, according to the Treasury Department. Yakubets was directed to work on projects for the Russian state starting in 2017, it said. The Russian ambassador to the U.S., Anatoly Antonov, called the accusation “groundless.”

Evil Corp (whose name may be an homage to the sinister corporation in the Mr. Robot series) is “the world’s most harmful cyber crime group,” the U.K.’s National Crime Agency said in a statement, adding that its malware had caused hundreds of millions of pounds in financial losses in the U.K. alone. Its alleged leaders hardly kept a low profile, the NCA said. Yakubets drove a Lamborghini with a license plate that translates to “Thief” and spent more than a quarter of a million pounds on his wedding.

The U.S. charged Yakubets in Nebraska and Pennsylvania, while bringing charges against an alleged co-conspirator, Igor Turashev, in Pennsylvania. The two are believed to be in Russia, according to the Federal Bureau of Investigation. The U.S. is offering a $5 million reward for information leading to Yakubets’s arrest or conviction, the State Department said.

The group used a kind of malware called Dridex to harvest log-in credentials for financial institutions in more than 40 countries, according to the Treasury Department. Dridex, also known as Bugat and Cridex, often reaches victims through phishing emails. It “automates the theft of confidential personal and financial information, such as online banking credentials, from infected computers through the use of keystroke logging and web injects,” the U.S. said.

Using the malware, the group tried to steal about $220 million, with actual losses of about $70 million, according to the Justice Department.

Victims of the scam include Penneco Oil Co., which had about $3.5 million taken from its accounts at First Commonwealth Bank in Pennsylvania in two transactions, and a host of small businesses and organizations, according to the government. The group even hacked an order of nuns, the Franciscan Sisters of Chicago, using the order’s credentials to make off with more than $24,000 from its account at Bank of America Corp., the U.S. said. A Bank of America spokesman declined to comment.

Naming a string of suspected conspirators who might never face justice has its pros and cons, Amy Hess, of the FBI, said at the Aspen Security Forum this summer. The “name and shame” approach can hem them in but isn’t the same as bringing them in to face charges, said Hess, executive assistant director for the FBI’s Criminal, Cyber, Response and Services Branch.

“From the sense that we’ve just limited their ability to travel, or we’ve influenced people behind them to look at that example and say, ‘That means I won’t be able to travel. That means I won’t be able to go study in another country,’” it may be a deterrent, Hess said at the Forum in July. But she added that without “real consequences,” it may imply, “Well, you’re never going to catch that person.”

Over the past two years, the distribution of banking malware has increasingly preceded “more damaging intrusions,” including the distribution of disruptive ransomware, according to Kimberly Goody, a manager of financial crime analysis at the cybersecurity firm FireEye Inc.

“The association between the claimed leader of this operation and the FSB is consistent with ties that we have previously seen between state-sponsored actors and criminal groups,” Goody said in a statement, referring to Russia’s Federal Security Service.

Dridex hackers “appear to direct the majority of attacks at English-speaking countries,” the U.S. Department of Homeland Security’s Cybersecurity and Infrastructure Security Agency said in an alert. The “massive spam campaigns” that distribute Dridex send “up to millions of messages per day,” the alert said.

“Our goal is to shut down Evil Corp, deter the distribution of Dridex, target the ‘money mule’ network used to transfer stolen funds, and ultimately to protect our citizens from the group’s criminal activities,” Treasury Secretary Steven Mnuchin said in a statement.

Yakubets “is not the first cybercriminal to be tied to the Russian government,” Treasury said in a statement, citing the 2017 indictment of two FSB officers and conspirators for compromising “millions” of Yahoo Holdings Inc. email accounts. An alleged co-conspirator in the Nebraska complaint unsealed Thursday, Yevgeny Bogachev, was sanctioned by the U.S. in 2016 and has been on the FBI’s most-wanted list.

Treasury officials said the U.S. action was coordinated not only with the U.K. but also with others targeted by the group, including Italy, Australia, the United Arab Emirates, Canada, France, India, Hong Kong and Malaysia.

Law enforcement has been after the group for several years. Two Ukrainian nationals were extradited from the U.K. to the U.S. and pleaded guilty to related charges in Nebraska in 2015, the Justice Department said. In October of that year, U.S. prosecutors also indicted Moldovan national Andrey Ghinkul for cyber-attacks using Dridex.

Dridex is “one of the most prevalent eCrime malware families,” according to a July report by the cybersecurity firm Crowdstrike, which said it was used significantly in 2015 and 2016.

FBI Deputy Director David Bowdich said Evil Corp and other cyber-criminals are still operating, and that one reason the U.S. brought the charges forward now was to raise awareness about future attacks.

“It is fair to say they are not out of business at this point,” he said.