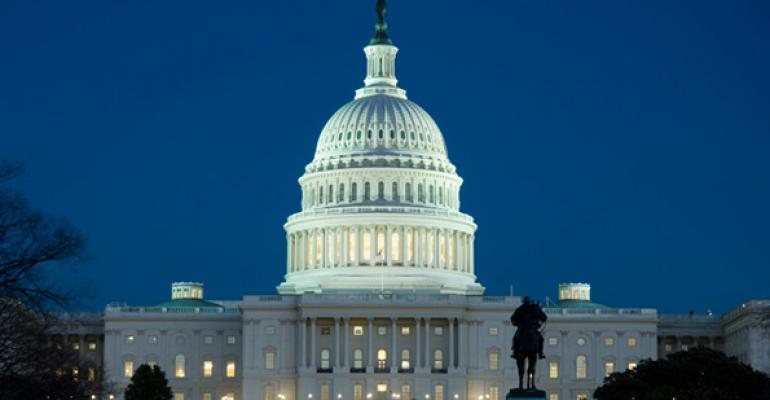 They’re testifying alongside government officials before the national security subcommittee of the House Committee on Oversight and Reform.

The tech giants sought to assure lawmakers that they take the threat of foreign influence seriously after being blindsided by Kremlin-backed disinformation campaigns on their platforms during the 2016 election. At the same time, they warned of U.S. adversaries developing new ways of meddling.

"There is no silver bullet, but we will continue to work to get it right," said Richard Salgado, Google’s director of law enforcement and information security.

The head of Facebook’s cybersecurity policy, Nathaniel Gleicher, said that the company will set up an operation center in preparation for the election, and he echoed the other companies’ contentions that the threat is escalating and social media sites must do more to confront it.

Jody Hice of Georgia, the top Republican on the subcommittee, said in his opening statement that the companies "should play an active role in securing their platforms by limiting the spread of misinformation, providing transparency of political advertising while also blocking and removing fake accounts seeking to manipulate the public."

Ellen Weintraub, a Democratic commissioner on the Federal Election Commission, urged the committee to ensure the government backs up industry efforts.

"Don’t let the guys on the next panel tell you they got this," said Weintraub, who spoke ahead of the company representatives. "They don’t."

Twitter public policy manager Kevin Kane agreed that collaborating with the government is key for halting disinformation campaigns. "Partnerships are critical to this work, including collaboration with federal, state and local election officials," he said.

The companies have pressed for increased information-sharing with government entities such as the FBI.

Officials from the Department of Homeland Security, the Justice Department, the Election Assistance Commission and the Federal Election Commission also participated in the hearing.

“We recognize that there is a significant technology deficit" within state and local election systems, Christopher Krebs, head of the Cybersecurity and Infrastructure Security Agency at the Department of Homeland Security, said in prepared testimony. "It will take significant and continual investment to ensure that election systems across the nation are upgraded and secure, with vulnerable systems retired."