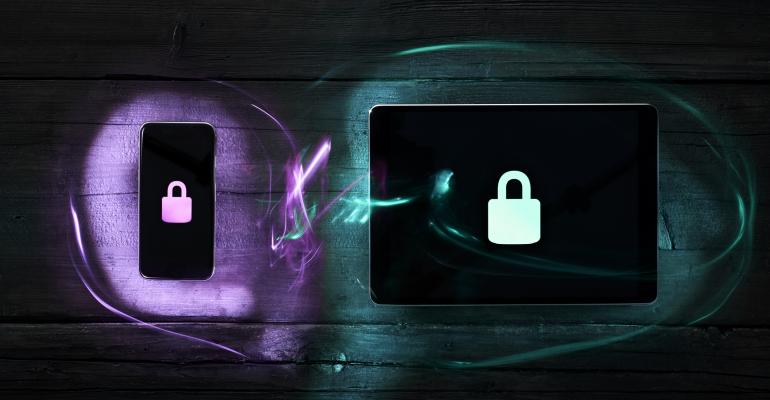 Tech companies and governments have clashed for years over balancing law enforcement access and user privacy, most famously when the U.S. sought access to an iPhone from a terrorist who carried out a deadly shooting spree in San Bernardino, California.

(Bloomberg) -- Apple Inc.’s top privacy executive defended the company’s use of encryption after recent clashes with law enforcement and politicians over access to information locked on iPhones.

IPhones are prone to be lost or stolen, so Apple needs to make sure the devices are encrypted to protect data such as health and payment information, Senior Director of Global Privacy Jane Horvath said during a panel discussion at the CES technology conference in Las Vegas.

She also called terrorism and child sexual abuse “abhorrent” and stressed that Apple helps law enforcement with investigations every day.

The FBI recently asked Apple to help it access information on iPhones belonging to an alleged gunman who killed three people at a Florida naval base last month. The gunman is dead and the handsets are locked by a password and encrypted, so federal investigators can’t get the device data.

“When the FBI requested information from us relating to this case a month ago we gave them all of the data in our possession and we will continue to support them with the data we have available,” Apple said in a statement on Tuesday.

Apple regularly responds to warrants by giving investigators access to data that is stored on its servers, such as users’ iCloud account information. However, the company has refused in the past to help authorities unlock iPhones to get on-device data. It has also argued that iPhone security and encryption mean that it can’t access such information even if it wanted to.

Tech companies and governments have clashed for years over balancing law enforcement access and user privacy, most famously when the U.S. sought access to an iPhone from a terrorist who carried out a deadly shooting spree in San Bernardino, California, in 2015. Apple refused to help, and the FBI eventually was able to hack into the handset. Discussions and debate have continued with little progress.

Apple has used privacy as a key differentiator, consistently pushing the message that its hardware and services are more secure than competitors. At CES, Horvath described the ways Apple minimizes data collection, or gathers information that is not tied to specific users. She cited Siri pulling up weather data for person’s city, not their exact latitude and longitude.

She was joined on the panel by Erin Egan, Facebook’s chief privacy officer, Susan Shook, Procter & Gamble Co.’s global privacy officer, and Rebecca Slaughter, a commissioner at the Federal Trade Commission. Apple often appears on panels to discuss its privacy policies, but this is the first time in decades that that company has had an official presence at CES.

Egan said Facebook has “a different business model than Apple, but both business models are privacy protected.” Some hardware running Facebook software, including Oculus virtual reality headsets, process data on device, Egan added. But she said that many Facebook features around sharing require cloud-based processing.

Egan also said Facebook only collects information it needs to operating its services and work with advertisers. User privacy is protected on Facebook, Egan said. Slaughter, the FTC Commissioner, disputed that assertion.