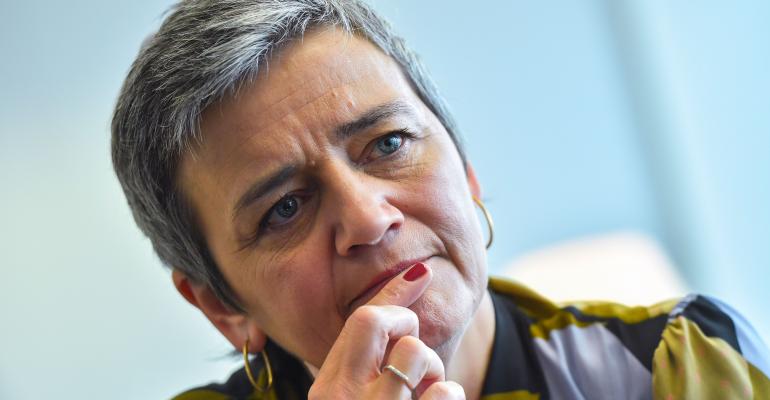 Vestager Gears Up for Tech Czar Role With Warning Over Data

“We need strong enforcement, because only then will the right to control our data become a reality in people’s lives,” Vestager told a privacy conference in Brussels. “Only then can we start to restore Europeans’ trust in the digital world.”

(Bloomberg) -- Margrethe Vestager, the European Union’s new tech czar, warned that privacy watchdogs must have resources to match their beefed-up powers and issued a fresh antitrust threat to companies abusing their control of data to crush competition.

The Dane, who is due to start as the EU’s digital policy commissioner as soon as Dec. 1, warned that wide new privacy rights introduced last year have few teeth “if you cannot enforce them.”

Vestager’s comments come as Ireland’s Data Protection Commissioner finalizes high-profile probes of Facebook Inc.’s WhatsApp and Twitter Inc. amid 21 investigations into some of the world’s biggest technology firms. Alphabet Inc.’s Google and Apple Inc. are among many of the companies supervised by the Irish authority. The watchdog recently failed to get extra funding it requested from the Irish government.

“We need strong enforcement, because only then will the right to control our data become a reality in people’s lives,” she told a privacy conference in Brussels. “Only then can we start to restore Europeans’ trust in the digital world.”

In her new role, Vestager said she’ll “need to make sure that artificial intelligence systems respect people’s privacy.” She is planning to draft rules on AI ethics in the coming months.

She also indicated she’d use her existing powers as an antitrust enforcer to force companies to share their data “if we find that some businesses are using their control of data to deny others the chance to compete.”