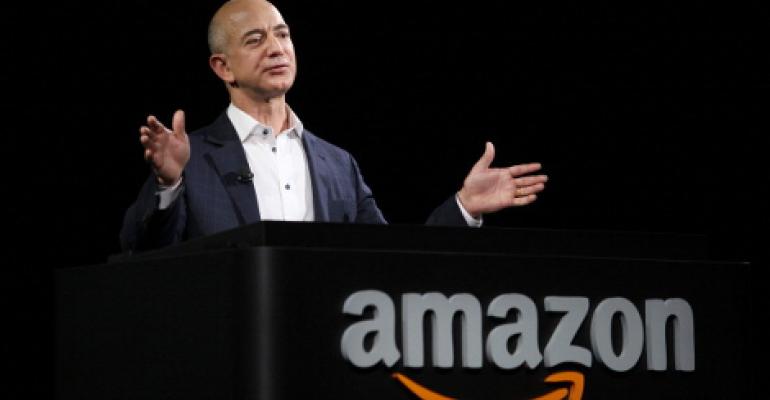 In the letter Monday to CEO Andy Jassy, lawmakers cited “recent, credible reporting that directly contradicts the sworn testimony and representations of Amazon’s top executives” to the panel.

“In light of the serious nature of this matter, we are providing you with a final opportunity to provide exculpatory evidence to corroborate the prior testimony and statements on behalf of Amazon to the committee,” the lawmakers wrote in the letter, dated Monday. “We strongly encourage you to make use of this opportunity to correct the record and provide the Committee with sworn, truthful, and accurate responses to this request as we consider whether a referral of this matter to the Department of Justice for criminal investigation is appropriate.”

Amazon representatives, including Bezos, have told Congress that they have a policy against using individual seller data to compete against those sellers or craft rival products. But a series of media accounts suggested that Amazon employees have done just that, or at least found workarounds that render the policy useless.

Bezos, asked under oath last year about a Wall Street Journal report that Amazon had regularly used such data in apparent violation of the policy, said he couldn’t guarantee that the rule had never been violated.

In a statement in response to the letter, Amazon spokeswoman Brooke Oberwetter the company investigates all such allegations and takes “appropriate action.”

“In addition, we design our search experience to feature the items customers will want to purchase, regardless of whether they are offered by Amazon or one of our selling partners,” she said.

Comments from Bezos and others run counter to recent news reports, the lawmakers said.

“At best, this reporting confirms that Amazon’s representatives misled the Committee,” the lawmakers wrote. “At worst, it demonstrates that they may have lied to Congress in possible violation of federal criminal law.”

Colorado’s Ken Buck, the ranking Republican on the Antitrust panel also signed the letter, along with Pramila Jayapal, a Washington Democrat, and Representative Matt Gaetz, a Florida Republican. The lawmakers are demanding a response by Nov. 1.