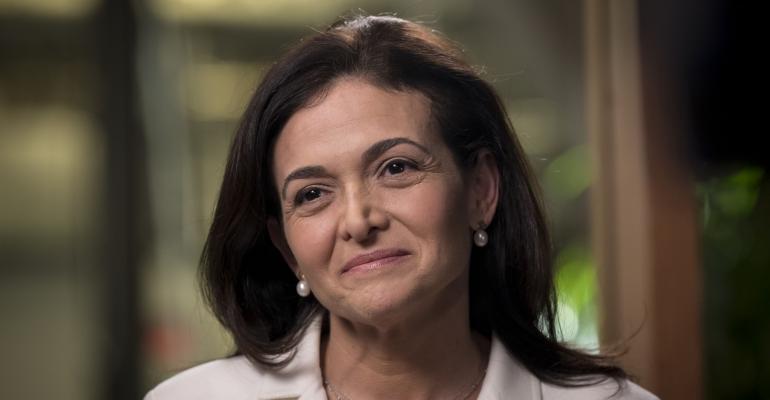 Sheryl Sandberg Stepping Down as Meta’s COO After 14 Years

Sandberg joined Facebook in 2008 and was key to turning it into a social media giant that generated almost $120 billion in revenue last year.

(Bloomberg) -- Meta Platforms Inc.’s Sheryl Sandberg, who became one of the most recognized figures in global business after helping Facebook transform from a startup into a multibillion-dollar advertising powerhouse, is stepping down as chief operating officer.

Sandberg, 52, will remain on the board of Meta, the parent company of Facebook, Instagram and WhatsApp, according to a post on the social network Wednesday. Javier Olivan, who has led the company’s growth efforts for years, will take Sandberg’s place as COO when she formally leaves in the fall.

Sandberg joined Facebook in 2008 and was key to turning it into a social media giant that generated almost $120 billion in revenue last year. Along the way, she became an influential author -- publishing “Lean In” in 2013 -- and served as the highest-profile face of the company next to Chief Executive Officer Mark Zuckerberg. Alongside him, she championed Facebook’s business culture of growing quickly and fixing problems later, leading to multiple public scandals over lapses in privacy and content moderation. Sandberg spent years trying to improve Facebook’s relationship with the public and regulators.

In an interview with Bloomberg, Sandberg called her time at Meta the “honor and privilege of a lifetime,” but joked that it’s also “not the most manageable job anyone has ever had.”

“It’s a decision I didn’t come to lightly, but it’s been 14 years,” she said on Wednesday. “I want to make more room to do more philanthropically, to do more with my foundation.”

Formerly at Google, Sandberg joined the then-fledgling Facebook to oversee all its business functions -- ads, partnerships, business development and operations -- so that Zuckerberg could focus on products. Meta, as the company became known in a rebranding last year, now has four products with more than 1 billion users, and its advertising business generated $27 billion in sales in the first quarter.

Sandberg said she’s planning to get married this summer and hopes to spend more time with her kids and soon-to-be stepchildren. She also plans to work on advocacy for women’s issues -- a focus of her Lean In foundation -- and other philanthropy.

She said that taking another job in business or in politics was “pretty unlikely,” but added, “I learned a long time ago: Never make any predictions about the future.”

Meta’s policy and advertising organizations have been at the center of many of its scandals over the years, including the company’s role in the 2016 U.S. election and the handling of data policies related to Cambridge Analytica.

Over the years, Sandberg has made fewer public appearances on behalf of the company, primarily speaking about Meta’s efforts for small businesses, and focusing on the Lean In organization. Parts of her role have already been passed on. Former UK Deputy Prime Minister Nick Clegg, for example, received a big promotion earlier this year, formally taking over some of the company’s policy duties that Sandberg used to oversee.

A Meta spokeswoman said that Sandberg’s decision has nothing to do with a recent investigation into whether she used Meta resources to try and quash a news story about her former boyfriend. The spokeswoman added that the investigation is over and has been resolved.

Sandberg is departing as Meta shifts its focus to products that enable the virtual reality-driven metaverse, which require a significant evolution of its business model. She said that she made the decision to leave the company last weekend and told Zuckerberg of her plans then. The two executives have become close friends over the years.

“She has taught me so much and she has been there for many of the important moments in my life, both personally and professionally,” Zuckerberg, 38, wrote in the blog post, adding that Sandberg “supported me and Priscilla as we navigated challenges having children.”

“Our partnership has always been deeper than just business,” he said.