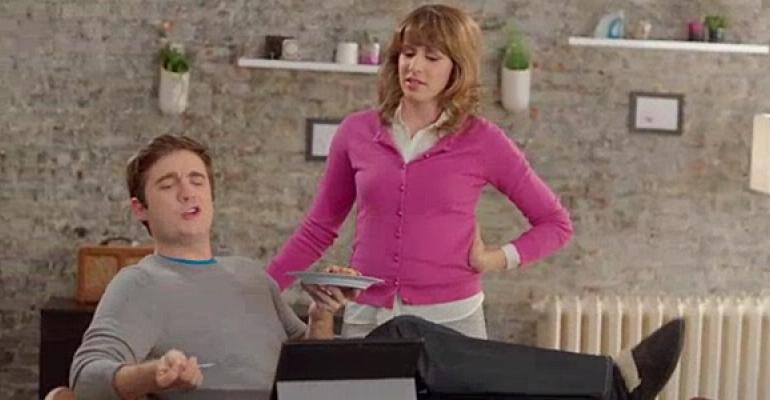 Microsoft this week launched a second major attack on Gmail, with a new Scroogled campaign aimed at highlighting the privacy issues with Google’s web-based email service. As with the previous Scroogled campaign, which focused on a bogus Google shopping site that was just a front-end for paid advertising, the new campaign shows how Google funnels everything it does through its Matrix-like ad network.

“Google goes through every Gmail that’s sent or received, looking for keywords so they can target Gmail users with paid ads,” Microsoft’s Scroogled website notes. “And there’s no way to opt out of this invasion of your privacy.”

Microsoft, of course, has a solution: Its Gmail alternative, the awkwardly named Outlook.com, doesn’t sift through your email to send you targeted and often creepy advertising.

“For example, if you write a friend to let her know you are separating from your husband, Google sells ads against this information to divorce lawyers, who post ads alongside it,” Microsoft’s Stefan Weitz told ZDNet. “Or if you ask a friend for vacation suggestions, Google uses this information to target you with ads from travel agencies or airlines that want your business.”

Microsoft’s strategy of highlighting Google’s ad network is a good one. Though many mistakenly think of Google as a technology or web services firm, the reality is that it’s just a giant advertising firm that provides other products and services solely to feed this one economic engine. So while you might imagine Android, Gmail, and Google Search as primary Google platforms, that’s all just a front for Google’s one real business: selling ads. In its recent annual financial disclosures, Google revealed that exactly 95 percent of its revenues came from advertising in calendar year 2012.

Google, of course, sticks to the “Don’t be evil” mantra that former Apple CEO Steve Jobs infamously once referred to as “a load of crap.”

“Advertising keeps Google and many of the websites and services Google offers free of charge,” a Google spokesperson explained. “We work hard to make sure that ads are safe, unobtrusive, and relevant.” And besides, it’s not like human beings are sifting through your email: Google says that’s done by “an automated algorithm” that’s similar to the spam filtering used by other services, including Microsoft’s Outlook.com. Of course, in this case, Microsoft’s automated algorithms are working for you, while Google’s are working for Google.

That said, there is one uncomfortable truth that Microsoft needs to address: The ads users do see in Outlook.com are tailored, in part, from Bing searches and information the user provided at sign-up. (Individuals can at least pay to remove ads from Outlook.com.)

Microsoft had previously attacked Gmail with a similarly themed campaign called Gmail Man. As with the two more recent Scroogled campaigns, Gmail Man is effective because the underlying allegations are true.