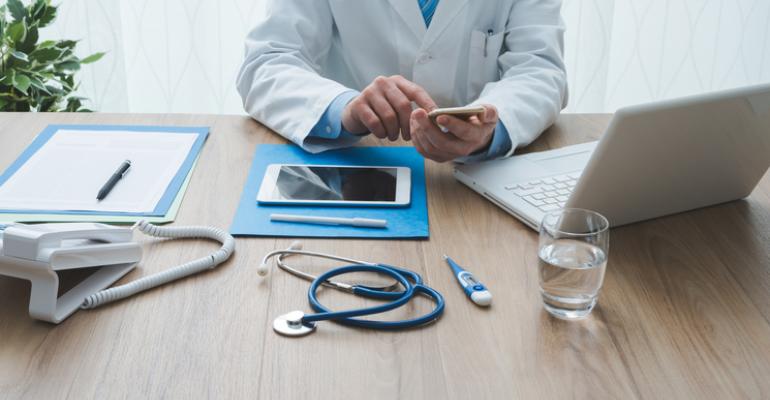 Scared Your DNA Is Exposed? Then Share It, Scientists Suggest

If enhancing privacy by creating a giant database of people’s DNA sounds counterintuitive, the group’s point is that it’s already too late to prevent mass exposure.

(Bloomberg) - -A group of medical researchers have a counterintuitive proposal for shielding people’s most intimate personal data from prying eyes.

In a new paper published in the journal Science on Thursday, researchers suggest that the best way to protect genetic information might be for all Americans to deposit their data in a universal, nationwide DNA database. The paper is being published by Vanderbilt University Medical Center’s Center for Genetic Privacy and Identity in Community Settings, a major center for the study of genetic privacy.

Concerns about who can gain access to genetic information gathered by consumer genetic-testing websites has been on the climb since April, when police made an arrest in a decades-old serial-murder case in California. To ensnare the alleged Golden State Killer, investigators trawled an open-source database popular with genealogy hobbyists to search for relatives of possible suspects. Police found matches, and then got their man.

If enhancing privacy by creating a giant database of people’s DNA sounds counterintuitive, the group’s point is that it’s already too late to prevent mass exposure.

The California case made clear that consumers have little control over where their genetic information -- and by extension, that of their family members -- can wind up, a potential privacy nightmare.

“Currently, law enforcement already has potential access to millions of people’s data,” said James Hazel, a researcher at Vanderbilt University Medical Center in Nashville, Tennessee, and the lead author of the paper. “A universal system would be much easier to regulate.”

Hazel, who studies genetic privacy issues, said that the idea isn’t as radical as it sounds. In the U.S., state and federal databases hold the genetic data of more than 16.5 million people who have been arrested or convicted of a crime. Other public and private databases could grant access to the genetic details of millions more with court permission.

The genetic information of many more people could be indirectly exposed. A recent study concluded that only 2 percent of the population needs to have done a DNA test for virtually everyone’s genetic makeup to be exposed. Hazel and his co-authors also say that data collected from law-enforcement sources disproportionately exposes people of color.

Hazel said having a more complete repository would offer better privacy protections. Such a database could hold a more limited set of genetic information than the data that can now be culled from consumer-testing reports. And access could be regulated and controlled. Police can currently peer into open-source databases without a judge’s permission.

“This is a very provocative proposal,” Hazel said, “But it all comes down to spurring a debate about the current system.”