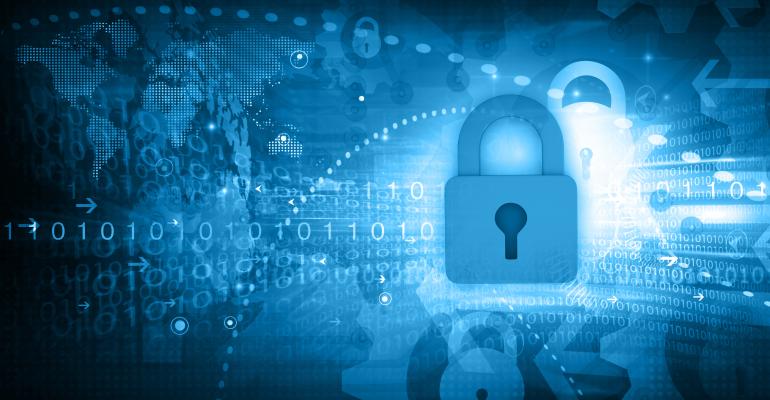 Lawmakers argue that repeated privacy lapses can be a sign that a company -- Facebook is often cited as a prime example -- has let product quality and customer service slip.

(Bloomberg) -- Antitrust authorities probing Facebook Inc. and Alphabet Inc.’s Google have struggled with scrutinizing companies whose products are popular and free. Now they may have a solution: Use privacy as a test.

As the U.S. Justice Department, Federal Trade Commission, Congress and the states investigate whether internet companies are flouting antitrust laws, academics and even some regulators are pushing to go beyond the traditional focus on price as a determinant of harm. Enforcers, they say, should also consider privacy lapses as a proxy for anti-competitive behavior.

Their legal reasoning goes like this: Monopolists generally stop innovating, let product quality slip and treat customers poorly, knowing no competitor has the ability to grab market share. Repeated privacy lapses can be a sign that a company -- Facebook is often cited as a prime example -- has let product quality and customer service slip, knowing its social-media dominance is unassailable.

Senator Josh Hawley, the Republican senator from Missouri, buys this argument. Facebook, he said, has suffered few real consequences despite its shoddy record on protecting users’ privacy. Consumers have nowhere else to go to get the totality of what Facebook offers -- a classic antitrust problem of degrading quality.

“One of the reasons data privacy concerns are so pressing is because these companies are monopoly size,” Hawley, a big-tech antagonist who sued Google when he was his state’s attorney general, told Bloomberg last week. “If we had a viable alternative to Facebook that wasn’t scooping up someone’s data, that wasn’t selling our information without telling us, then I would be less concerned.”

Hawley echoed a view that is gaining traction with federal and state antitrust enforcers, as well as the leaders of a congressional probe into big internet platforms. One advantage of the privacy-erosion-is-antitrust theory is that no new laws are needed to enforce it.

Days after the Justice Department’s Google probe was revealed in June, for instance, its antitrust chief, Makan Delrahim, linked the two issues, noting that quality can figure in antitrust analysis in addition to price and that “privacy can be an important dimension of quality.”

Delrahim noted that the 1998 case against Microsoft Corp. didn’t revolve around higher prices. Instead, the U.S. alleged that the software company illegally maintained a monopoly over personal-computer operating systems by blocking manufacturers from installing a browser that competed with its own. Both browsers were free to consumers.

Including privacy in the investigations would expand the range of issues enforcers are known to be looking at, including Facebook’s past acquisitions and Google’s conduct in the digital advertising market. Facebook and Google declined to comment.

U.S. Representative David Cicilline, the Rhode Island Democrat leading the House probe of the tech sector, referred in a hearing earlier in November to “the obvious cost to personal privacy that has resulted from consolidation in the digital marketplace.”

Privacy and competition have long been treated as distinct areas of the law. Google and Facebook have agreed to pay fines for privacy violations under consumer-protection statutes, but they have faced little antitrust action.

One reason is that federal courts have clung to the consumer-welfare standard and often demand evidence of higher prices before deciding cases in favor of enforcers. Just last year, the U.S. Supreme Court ruled 5-4 for American Express Co. and against the U.S. and 11 states alleging that cardholders were harmed when American Express prohibited merchants from steering customers to cards with lower fees. The majority’s rationale? There was no evidence that American Express’s policy harmed consumers by pushing up the price of credit-card transactions.

Now, Hawley, Delrahim and Cicilline are signaling a shift in the way the government thinks about antitrust enforcement, particularly in technology. State attorneys general are exploring similar ideas.

New York Attorney General Letitia James, who is leading the states’ Facebook probe, said the coalition will “use every investigative tool at our disposal to determine whether Facebook’s actions may have endangered consumer data, reduced the quality of consumers’ choices, or increased the price of advertising.”

The public interest in the overlap is relatively new, said Dina Srinivasan, a former digital ad executive who has written that Facebook’s data practices could form the basis of an antitrust case.

“We’ve seen this momentum in many of those circles since the beginning of the year,” she said.

Srinivasan argued in a February article in the Berkeley Business Law Journal that consumers were able to rebuff Facebook’s tracking of users on third-party websites when the social media market was competitive. After the demise of rivals such as MySpace, Facebook expanded tracking to millions of websites to further its advertising business despite consumer pushback, she noted. A truly competitive market would swiftly punish such practices, Srinivasan wrote.

Not all legal experts agree that privacy violations could be part of any antitrust suit. A case that’s “based on a data privacy theory of harm is not in the cards,” said Jim Tierney, who oversaw tech-sector antitrust enforcement at the Justice Department from 2006 to 2016 and is now a partner at Orrick Herrington & Sutcliff LLP, a law firm that counts Facebook as a client. Tierney said he doesn’t do any work for the company.

Others see a different problem. “Consumers seem just willing to give up the data,” said Sam Weinstein, a professor at Cardozo Law School. “If that’s what’s happening, it’s hard to see antitrust interceding.”

Some non-U.S. jurisdictions have sought to twin privacy and antitrust, with mixed results. Germany’s competition authority, the Federal Cartel Office, in February ordered Facebook to overhaul how it tracks users off its site over allegations that the company used its dominance to force consumers to accept unfair terms. Facebook responded that the agency misapplied German law because the company faces “fierce competition.”

In August, however, a German court suspended the ruling, expressing “serious doubts about the legality” of the order. The agency is appealing.