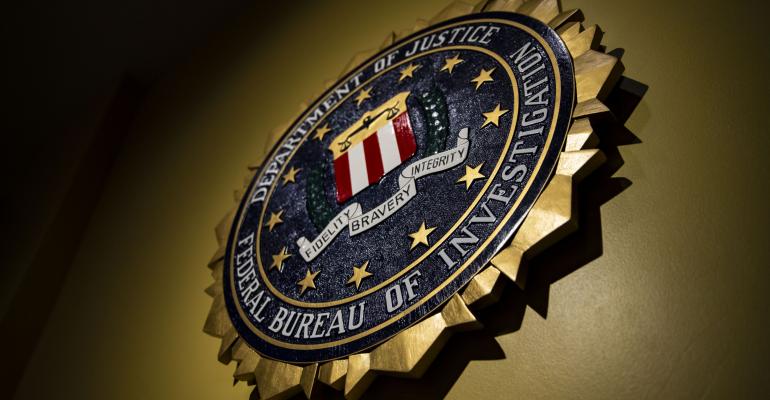 FBI Searched Data of Millions of Americans Without Warrants

The authority the FBI used in this case was under Section 702 of FISA, which is set to expire at the end of next year unless it’s renewed by Congress.

(Bloomberg) -- The FBI searched emails, texts and other electronic communications of as many as 3.4 million U.S. residents without a warrant over a year, the nation’s top spy chief said in a report.

The “queries” were made between December 2020 and November 2021 by Federal Bureau of Investigation personnel as they looked for signs of threats and terrorists within electronic data legally collected under the Foreign Intelligence Surveillance Act, according to an annual transparency report issued Friday by the Office of the Director of National Intelligence.

The surge came as the FBI made a push to stop hacking attacks. But the American Civil Liberties Union called it an invasion of privacy “on an enormous scale.”

“Today’s report sheds light on the extent of these unconstitutional ‘backdoor searches,’ and underscores the urgency of the problem,” Ashley Gorski, senior staff attorney with the ACLU National Security Project, said in a statement. “It’s past time for Congress to step in to protect Americans’ Fourth Amendment rights.”

The authority the FBI used in this case was under Section 702 of FISA, which is set to expire at the end of next year unless it’s renewed by Congress.

The report doesn’t say the activity was illegal or even wrong. But the revelation could renew congressional and public debates over the power U.S. agencies have to collect and review intelligence information, especially data concerning individuals. In comparison, fewer than 1.3 million queries involving Americans’ data were conducted between December 2019 and November 2020, according to the 38-page report.

The DNI also provided updated statistics reflecting a sharp increase in the number of times government officials sought to learn the identity of an American -- a practice commonly referred to as “unmasking” that became a talking point for former president Donald Trump and his conservative allies.

The report sought to provide a justification for the increase in FBI queries during the last year.

“In the first half of the year, there were a number of large batch queries related to attempts to compromise U.S. critical infrastructure by foreign cyber actors,” according to the report. “These queries, which included approximately 1.9 million query terms related to potential victims -- including U.S. persons -- accounted for the vast majority of the increase in U.S. person queries conducted by FBI over the prior year.”

The exact number of U.S. residents who potentially had their information reviewed isn’t known because there’s no precise way to measure the data, according to the report.

Senator Ron Wyden, an Oregon Democrat who serves on the intelligence committee, said the FBI and other agencies must be more forthcoming with accurate information if they want to retain their authority.

“For anyone outside the U.S. government, the astronomical number of FBI searches of Americans’ communications is either highly alarming or entirely meaningless,” Wyden said in a statement. “Baseline transparency is essential if the federal government wants to hold such sweeping surveillance powers.”

Intelligence reports normally shield the identity of U.S. individuals whose communications are swept up in surveillance, referring to them as “Individual 1” or the like. U.S. officials can request that actual names of people be provided when necessary, and that’s not unusual as officials try to understand the significance of the information they receive.

Unmasking a name isn’t the same as making it public or leaking it to the news media, which can be a crime.