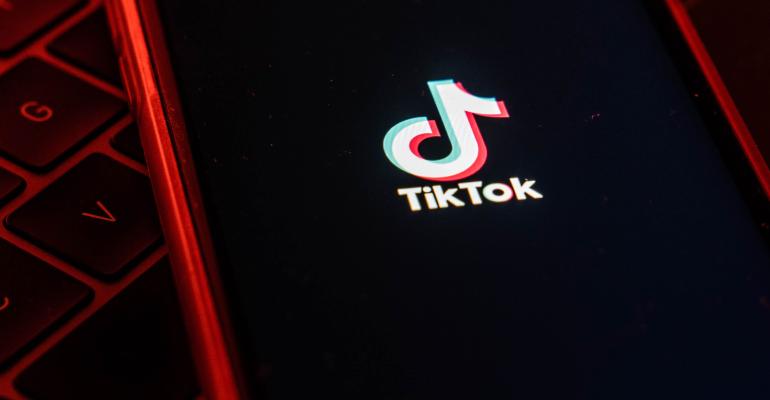 The data access stemmed from an internal ByteDance investigation launched over the summer to discover the source of employee leaks to the press.

(Bloomberg) -- TikTok parent company ByteDance Ltd. found that some employees inappropriately gained access to data for some American users, complicating the Chinese technology giant’s already-fraught efforts to convince US lawmakers that its app is secure.

The data access stemmed from an internal ByteDance investigation launched over the summer to discover the source of employee leaks to the press. Members of ByteDance’s internal audit team responsible for the probe accessed the personal data from some journalists’ accounts, including IP addresses, to try to determine whether they interacted with TikTok employees, according to a second email sent Thursday by TikTok General Counsel Erich Andersen.

The company launched a separate investigation after a Forbes story claimed ByteDance employees planned to use the TikTok app to track the physical location of some US users. That second investigation, conducted by an outside law firm, discovered the inappropriate access to personal user data, according to Andersen’s email, which was seen by Bloomberg.

One person on the team resigned and three more were fired as a result, according to the New York Times, which earlier reported the incident. ByteDance’s internal audit team has also been restructured in an effort to avoid similar violations in the future.

“I want to add that this misconduct is not at all representative of what I know our company’s principles to be,” Chew said in his note. “I’m disappointed to hear that anyone, even a very small subset of people, would have considered it acceptable.”

Last week, US senators from both parties pressed for more action by the Biden administration to address national security concerns raised by widespread use of TikTok. The Senate has voted to ban the viral video app on US government phones and other devices.

Warner said the concerns are twofold — one about the protection of user data and also that the company, ByteDance, will adjust its algorithm to feature Chinese Communist Party propaganda on Taiwan or other issues.

The Committee on Foreign Investment in the US has been seeking a way to let TikTok keep operating in the US while also preventing the possibility that the Chinese government could access user data. In addition to the congressional pressure, the panel’s efforts have been criticized by FBI Director Christopher Wray, and TikTok has been banned from government employees’ phones in several states.

“The public trust that we have spent huge efforts building is going to be significantly undermined by the misconduct of a few individuals,” ByteDance CEO Rubo Liang wrote to employees in a separate email reviewed by Bloomberg. “We will work hard to restore the damage, and keep striving to become a company trusted by the public.”