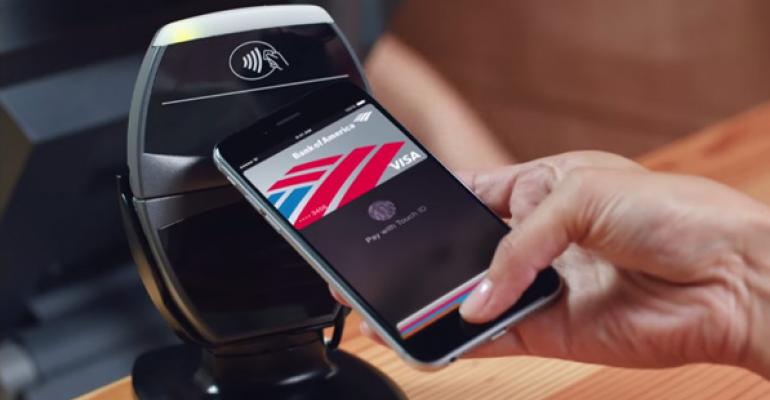 On the eve of the iPhone 6 launch—the company's latest smart phones go on sale Friday morning—Apple has published a new web site that extolls its relationship with customers and their privacy. And the message is simple: There is no relationship. Apple, the site says, respects your privacy and never works behind the scenes, as Google does, to mine your data and sell it to advertisers. It's a compelling message.

"A few years ago, users of Internet services began to realize that when an online service is free, you're not the customer, you're the product," Apple CEO Tim Cook writes in an open letter on the site, clearly referencing Google. "But at Apple, we believe a great customer experience shouldn't come at the expense of your privacy."

"Our business model is very straightforward: We sell great products," he continues. "We don't build a profile based on your email content or web browsing habits to sell to advertisers. We don't 'monetize' the information you store on your iPhone or in iCloud. And we don't read your email or your messages to get information to market to you. Our software and services are designed to make our devices better. Plain and simple."

Apple's privacy push is obviously influenced by the Eric Snowden revelations about NSA spying, and by subsequent episodes in which tech companies such as Google, Microsoft and Yahoo have begun pushing back against governmental requests for user data stored in their datacenters. And like these companies, Mr. Cook noted that Apple has never worked with any government agency, from any country, to allow access to its servers or create backdoors in its software.

But Apple also has a bigger prize in its sights. As its products and platforms improve and move into new areas, privacy is becoming a much bigger concern. Its latest iPhones and iOS software include a new health platform that users can utilize to monitor and hopefully improve various aspects of their health and fitness. And these platforms will also soon support Apple Pay, which integrates credit cards and other payment methods into Apple's devices so that users can pay for goods and services out in the world.

In some ways, promoting the privacy of its offerings when compared to the admittedly dubious practices at its chief competitor makes plenty of sense. But this is also part of the new Apple under Tim Cook. Previously, Apple was better known for the closed nature of its walled garden strategy. But Mr. Cook has opened up Apple's platforms, even as he's formalized privacy and security practices that go well beyond anything the firm previously offered.

Apple's policies are indeed more clear cut—and consumer-friendly—than are Google's. The search giant, by comparison, offers the following explanation on its own privacy site.

"We use the information we collect from all of our services to ... offer you tailored content – like giving you more relevant search results and ads."

Watching from the sidelines, Microsoft isn't even part of this discussion, though it is clearly closer to Apple than Google in this regard, with its cloud services built with an emphasis on "privacy by design." The software giant long ago published and explained its privacy policies and has worked to improve them over time.

U2 Flub Shows Even Apple's Customers Have Privacy Limits
Sep 16, 2014