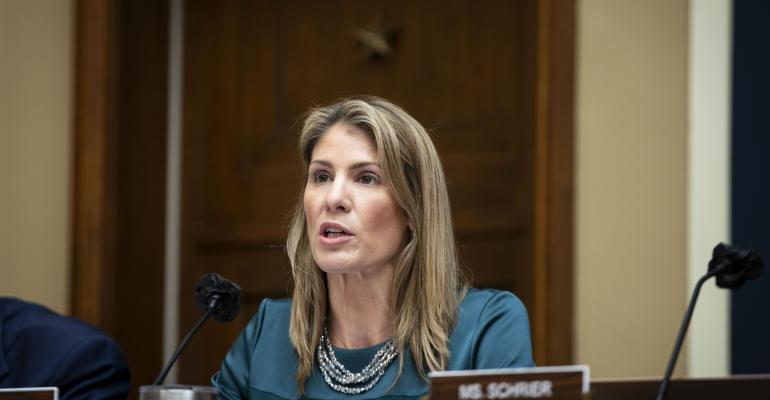 The responses to the lawmakers haven’t been previously reported, and give insight into how companies are navigating heightened scrutiny on data practices as abortion becomes increasingly criminalized in the US.

(Bloomberg) -- Amazon.com Inc., Oracle Corp. and other data providers pressed by a group of US lawmakers about how they sell mobile phone location data offered assurances that the information couldn’t be used to track individuals seeking abortion services.

US Representative Lori Trahan, one of the House members questioning the companies, said she wasn’t satisfied with the answers.

While all the companies detailed ways they keep data anonymized, “similar practices and policies at a number of brokers have already proven insufficient, even before the overturning of Roe raised the stakes for tens of millions of women,” Trahan said Friday in a statement to Bloomberg.

Trahan was among six Democratic House members and privacy groups including Access Now, Fight for the Future and Amnesty International that requested information in July on data protection policies from Amazon, Oracle, MobileWalla and Near Intelligence Holdings Inc. The questions followed the Supreme Court’s decision overturning a federal right to abortion, which has sparked concerns that location data could be used by law enforcement in states that have outlawed or restricted abortion to prosecute people who seek reproductive care.

The responses to the lawmakers and advocacy groups haven’t been previously reported, and give insight into how companies are navigating heightened scrutiny on data practices as abortion becomes increasingly criminalized in the US.

Oracle’s data platform doesn’t “permit customers to create datasets that are considered sensitive,” such as those relating to pregnancy or abortions or “function as a standalone marketplace for raw feeds of individuals’ location data,” Oracle Executive Vice President Ken Glueck wrote in a letter to members of Congress.

Amazon said that any data sold on its platform is anonymized, and that it will adhere to applicable state and local laws. A spokesperson for Trahan’s office said complying with local laws in this context could mean handing over digital evidence of an abortion under a court order.

Amazon and Oracle sell data products from third-party companies on their cloud marketplaces, including bulk location information harvested from mobile phones. Lawmakers have long sounded the alarm on the sensitivity of these data streams and calls for regulation have accelerated in the wake of the court’s decision.

Privacy regulation has become a focus in Washington -- a bipartisan legislative package gained traction in recent months -- but lawmakers remain divided on enforcement and other key issues. The Federal Trade Commission under Chair Lina Khan announced Thursday that it is exploring new rules to protect the personal data that businesses collect about consumers.

MobileWalla, a privately owned firm that collects and sells data from mobile phones, told the lawmakers it doesn’t sell information to law enforcement entities or let customers provide or use data for law enforcement purposes. Last year, the Wall Street Journal reported that the company had sold consumer information from mobile phones that ended up with federal agencies and military contractors. MobileWalla also come under fire for tracking the movements and demographics of crowds during Black Lives Matter protests in 2020.

Near Intelligence, another data broker, told the lawmakers it doesn’t allow the use of data by law enforcement, the military, or for health care purposes. The lawmakers declined to provide the letters from the companies about their business practices.