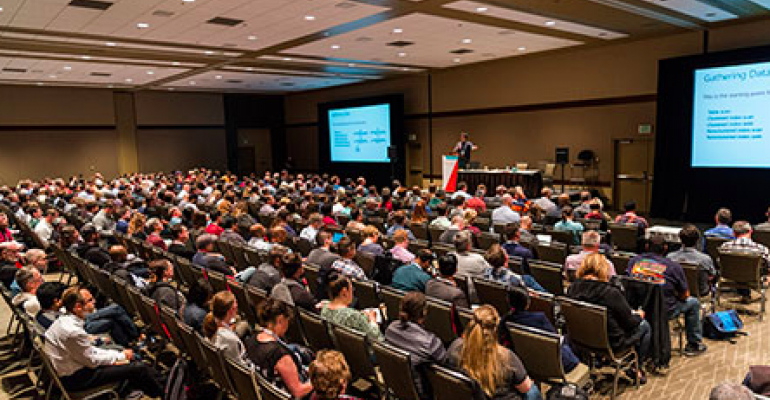 Microsoft kicked off the PASS Summit with a keynote covering multiple initiatives across its broad data platform offerings.

This announcement comes on the heels of Microsoft's recent announcement of its first Community Technology Preview (CTP) for the next iteration of its flagship data platform: Microsoft SQL Server 2019. Rohan Kumar, Corporate Vice President, Azure Data, went on record with a plan to release a new CTP each month, similar to the release cadence for updates to SQL Server Management Studio. This model is designed to increase the rate at which iterative bug fixes and feature adds make it to the community for testing “in the wild.” The key takeaway from this plan is to ensure that if you choose to start exploring SQL Server 2019 through CTPs, you need to deploy them in virtualized environments that you can spin up and down as needed. This is because CTPs typically do not play nice when it comes to updating from version-to-version. Luckily, this is easier than ever with containers. One of the options for downloading the current (and future) CTPs is via Docker container. If you are interested in downloading Microsoft SQL Server 2019 to evaluate what’s coming next year, you can select from various download options here.

Bob Ward, Principal Architect, and Conor Cunningham, Partner Software Architect, SQL Server Engine, demonstrated features and updates in Microsoft SQL Server 2019 CTPs. The scenario they used involved crippling PAGEIOLATCH waits that were limiting throughput. By moving some of the internal system tables into Hekaton (an in-memory optimization for transaction processing), Microsoft was able to reduce the barriers of disk reads into buffer that were a contributor to the PAGEIOLATCH waits. Microsoft took the approach of eating its own dogfood by implementing Hekaton under the covers in SQL Server 2019 where possible.

Azure Data Explorer is an indexing and querying service that allows near real-time capabilities for building complex analytics solutions. Azure Data Explorer allows you to quickly identify trends, patterns or anomalies in all data types, including structured, semistructured and unstructured data. Need to read megabytes to terabytes of event data? Azure Data Explorer may be of use to you. You can ingest data from Event Hubs using Python, query the data through the robust web UI, and build interactive Power BI visualizations on top of the ingested data--all in a single tool. More about Azure Data Explorer is available here.

Next on stage was Patrick Leblanc, Principal Program Manager. Patrick brought down the house with his portion of the keynote covering the new Power BI dataflows feature. Dataflows simplify what is usually the most time-consuming aspect of reporting and analytics: data preparation. Industry experts state the time for data prep is approximately 60 percent to 80 percent of the total time consumed in the analytics staging workflow. Dataflows automate ingestion, cleansing, transformation, integration, enrichment, and schematization of data from a large range of transactional and observational sources. A calculation engine takes care of all the transformation and dependency logic required. Additional information around Power BI dataflows can be found  here.

If you’d like to watch recorded keynotes and select sessions from the 2019 PASS Summit, you can do so online at PASSsummit.com.