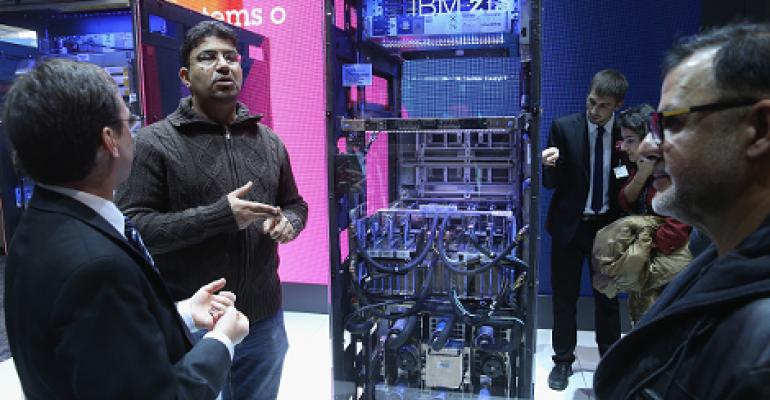 For the first time in 20 years the company is changing the way it charges clients for mainframe software.

The company this week introduced a new pricing plan for its IBM Z mainframe software, including a cloud-like pay-per-use model, in an effort to give its customers more flexibility and the ability to predict and manage costs as they build new applications and embrace hybrid, multi-cloud environments.

This is a big change for IBM and its mainframe customers – a departure from a pricing model that’s been in use for the past 20 years. Under that model, called the four-hour rolling average, IBM would use a customer’s peak mainframe usage during a four-hour period to determine the monthly price, Barry Baker, VP of software for IBM Z, told Data Center Knowledge. That model pushed some customers to cap their usage to keep their software licensing costs down which wasn’t conducive to customer growth.

As the amount of applications companies build grows, some of them have had a hard time keeping their costs down for apps that tap mainframe resources.

Through the new Enterprise Consumption Model, customers pay only for what they use. And to help customers grow their businesses, IBM will charge less for testing and development workloads, he explained. Those who opt for the second plan, the Enterprise Capacity Model, will pay for the full capacity of their mainframes.

The second option simplifies pricing for clients with a firm handle on their workload needs and is particularly helpful for those who have multiple large mainframe environments interconnected to work as one large system, Baker said.

“Clients are then allowed to run any of the software anywhere within the full capacity environment,” he said. “This gives them a tremendous amount of flexibility in terms of moving capacity around and moving software around, because as you are in these complex environments, you have to do maintenance and move workloads around, and this gives them ultimate flexibility in moving them around without incurring additional software costs.”

IBM’s mainframe business is five decades old, but it continues thriving, with double-digit growth in deployed capacity over the past six to seven years, Baker said. Large enterprises, such as airlines, banks, healthcare companies, and telecommunications providers use IBM Z mainframes and the software that runs on it, including IBM z/OS, CICS application server software, IMS and DB2 databases, and MQ, the messaging and queuing middleware. The new Tailored Fit Pricing supports all the software that runs on Z mainframes, he said.

“It’s reasonable to think of IBM’s new Z pricing models as friction reducers – approaches that make it easier, cheaper, and more valuable for customers to use the mainframe for both legacy applications and modern workloads like DevOps and mobile payment transactions,” King said in an interview.

Helping reduce costs for mainframe customers, the new model should increase the usage of IBM Z and decrease the likelihood of customers moving existing Z workloads or new workloads to other systems, such as commodity servers, he said.

“The Enterprise Capacity Model essentially discounts full capacity and is also designed so customers can expect steady, predictable monthly billing,” he said. “In addition, the two models offer discounted ‘growth’ pricing for both legacy and modern workloads. That’s a significant shift from past practices, where only modern workloads enjoyed growth pricing.”

Mainframe software licenses have traditionally been charged for using a baseline usage rate, King said. If a customer uses more than that baseline, they pay a higher rate. IBM would typically discount “growth” usage for modern applications like mobile transactions. The new models apply discounted growth rates to all workloads, not just those modern use cases.

IBM’s Baker said customers can continue to use the previous four-hour rolling average pricing model if they find it more cost-effective. IBM offers tools to show customers which pricing model would work best for them.

“Every customer is fairly unique,” he said. “We’ve got tools that we will work with them on, and we will show them the savings they would get, especially on the growth workloads, whether it’s a new workload for development and testing or new applications.”