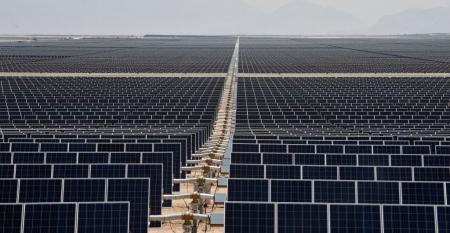 Solving the US Data Center Renewable Energy Puzzle
Jun 30, 2020
Renewable energy for data centers is harder in the US than in Europe. Here’s how one French ad tech firm solved the puzzle.

Google Says Some Computing Its Data Centers Do Can Wait for Sunshine
Apr 22, 2020
The company is planning a fleetwide rollout of a new platform that runs non-urgent workloads when the grid is...

See How Internet Traffic Has Shifted in Big Metros During the Lockdown
Mar 26, 2020
Traffic, predictably, has shifted away from city centers and out into the suburbs.

Just How Much Energy Will Edge Data Centers Consume?
Mar 24, 2020
An estimate says data centers, including edge sites, will soon use four times the energy all data centers used in 2018. Can it be true?

EU Industry Body Wants Data Centers to Become Part of the Energy Grid
Mar 18, 2020
What if instead of always being utility customers, data centers were also energy suppliers, helping operators balance supply and demand on the grid?

Study: Data Centers Responsible for 1 Percent of All Electricity Consumed Worldwide
Feb 28, 2020
Latest research shows that massive gains in computing power are accompanied by only a modest increase in energy use, thanks to efficiency improvements and the shift to the cloud.

EU Eyes Carbon-Neutral Data Centers by 2030 in Green-Tech Switch
Feb 06, 2020
European Commission says information and communications technologies must undergo their own “green transformation” to deliver their benefits in a draft plan.

Google Takes Big Step Toward Powering Itself With Renewables Around the Clock
Sep 20, 2019
A series of 18 wind and solar deals to bring 1,600MW of generation capacity total to grids local to its data centers and offices.

Another Thing You Lose When You Move to the Cloud
Jul 19, 2019
You know how much power you use in a colo. In the cloud you don’t.