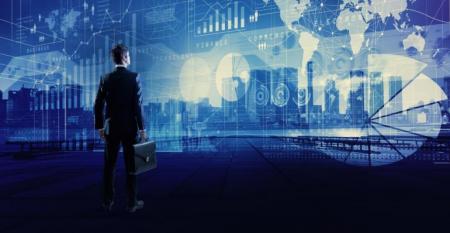 Microsoft Amps Up Hardware Push With 5G Phone, Pro Laptop
Sep 22, 2021
Microsoft Corp. introduced an end-to-end revamp of its Surface devices, part of a push to be a bigger force in...

Getting SASE: What Every Enterprise Should Know
Join our Virtual Trade Show on 10/27 for a look at some of the key strategies an IT organization will need to consider as it moves into the SASE generation of technology and services.

It May Be Too Early to Prepare Your Data Center for Quantum Computing
Aug 11, 2021
Before some fundamental questions are answered, it's hard to predict what shape quantum computing will take at scale.

Microsoft Pledges to Emit ‘Zero Carbon’ By 2030
Jul 16, 2021
Taking another climate moonshot, Microsoft has set out to crack a problem that will require a complete rethink of the world’s electric grids.

Is Liquid Cooling a Cure for the Moore’s Law Breakdown?
Jun 21, 2021
A Microsoft project touted its recent re-investment in immersive cooling technologies as not just a way to overcome the derailment of Moore’s Law by physics, but the only way. Hypothesis or hyperbole?

Power Panel: The Era of Space-Based Data Center Capacity Planning is Over
Jun 18, 2021
There’s a sensible-sounding argument that dynamic power demands on data centers’ compute racks, require dynamic cooling systems. But cooling has been, and perhaps always will be, a factor of space.
Load More