Read through for comprehensive resources on data analytics and data management.

Browse by subcategory
Recent
Recent
D.C. Sues Zuckerberg Over Cambridge Analytica Data Breach
May 23, 2022
Investor John Doerr: Silicon Valley Should 'Triple Down' on Clean Tech
May 23, 2022
Open Source OpenFeature Project Takes Flight to Advance Feature Flags
May 20, 2022
How to Use Synthetic Datasets in Machine Learning Models
May 19, 2022
Featured
5 Best Practices for Compliance-Proofing Your Cloud Strategy
May 18, 2022
4 Reasons Why AWS Could Lose Its Dominant Cloud Market Share
May 10, 2022
How to Spot the Warning Signs of Ransomware Attacks
Apr 20, 2022
Best Windows 11 Tips and Tricks: Top 11 Articles
Mar 18, 2022
Highlights 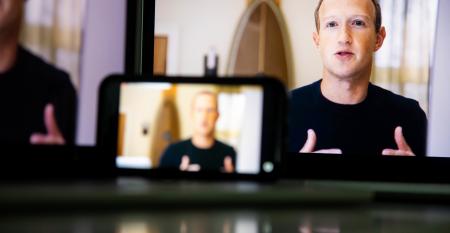 D.C. Sues Zuckerberg Over Cambridge Analytica Data Breach
May 23, 2022
A “sweeping investigation” revealed that Zuckerberg contributed to lax oversight of user data and the creation of misleading privacy...

Why Open Source Is a Catalyst for Effective MLOps
May 20, 2022
The flexibility of open source software can fuel the development of MLOps practices.

How to Use Synthetic Datasets in Machine Learning Models
May 19, 2022
Machine learning models are only as good as the datasets they are built on. Here’s how synthetic data can help...

Cyber Resilience in the Cloud is Not Optional
Join us for a live webinar on 5/17 : Make your data safe from hackers, boost recovery preparedness across hybrid and multi-cloud environments, and keep your business running.

How Companies Use Alternative Data Sources to Gauge Product-Market Fit
May 18, 2022
Alternative datasets are changing the playbook that today's companies use to strategize new products.

DeepMind’s Gato: A Step Towards Artificial General Intelligence?
May 17, 2022
Most AI systems are taught one or two responsibilities. Google's DeepMind can juggle several.

Mastercard Begins Facial-Recognition Rollout With Retailers
May 17, 2022
The company said its Biometric Checkout Program would let a shopper scan their face using a retailer’s smartphone app and assign their likeness to a bank card stored on file.

Google Is Sharing Our Data at a Startling Scale
May 16, 2022
A new report from the Irish Council for Civil Liberties says Google transmits the location data and browsing habits of Americans and Europeans more than 70 billion times daily, across both regions.

Sponsor Content
The Data-Driven Enterprise: Revolutionizing Data Sharing in the Age of Privacy
May 16, 2022
Unleash the value of your sensitive data by adopting a privacy enhanced data collaboration strategy.

Microsoft Has $1.3 Billion at Stake for Combat Goggles
May 09, 2022
A test beginning later this month will be evaluated by the Pentagon’s testing office to determine whether the headset is ready for full production and initial deployment.
Load More