Read through for comprehensive resources on data analytics and data management. 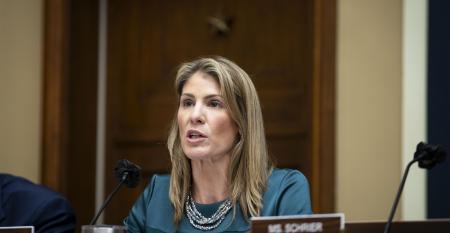 Amazon, Oracle Shrug Off Lawmaker Fears of Abortion Data Sales
Aug 12, 2022
The responses to the lawmakers haven’t been previously reported, and give insight into how companies are navigating heightened scrutiny...

Is Amazon Building 5G Robots?
Aug 10, 2022
Amazon has invested in the robot space before, but has primarily focused its attention on robots in its...

Meta’s AI Chatbot Repeats Election and Anti-Semitic Conspiracies
Aug 08, 2022
Meta acknowledges that its chatbot may say offensive things, as it’s still an experiment under development. Chatbots have a history of taking reactionary turns.

Can Data Collection Persist Amid Post-Roe Privacy Questions?
Aug 08, 2022
Companies may have to reshape how data is interacted with and monetized as legal upheaval and uncertainty about data privacy take hold.

Metaverse Jobs Are Disappearing as Hiring Slows at Google, Facebook
Jul 30, 2022
New monthly job postings across all industries with “metaverse” in the title declined 81% between April and June, according to workplace researcher Revelio Labs, after surging in the months following Facebook’s rebranding last fall.

6 Trends in AI and Intelligent Automation
Jul 26, 2022
Research firm Omdia shared insight into trends that will shape AI and intelligent automation in 2023.

Your Roll-Up Strategy: How to Handle Disparate ERP Systems
Jul 22, 2022
The answer: a data hub, because it sources the data from disparate ERP systems without the expense to replace the ERP in your acquired companies.