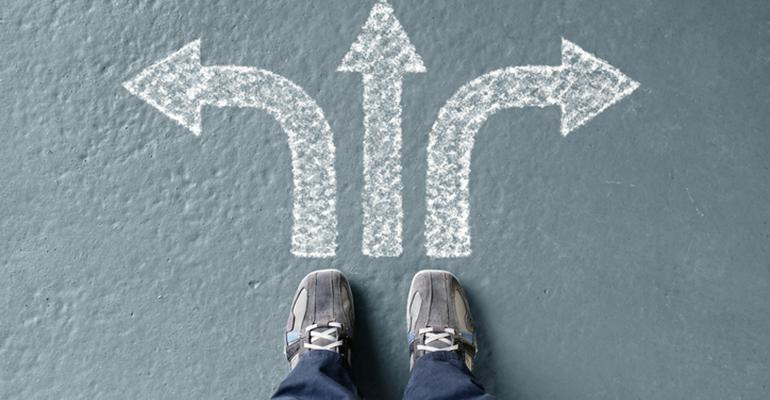 Why Your Company Should Evolve From Data-Driven to Decision-Driven

The call to be data-driven was all the rage. But on the heels of staggering project fail rates, it appears that data is driving too many business efforts over a cliff. So, who or what should take the wheel now?

It felt right, this universal call to be a data-driven organization. You should analyze the data to guide your business decisions, right? But if that was the right call, then why do industry analysts peg the majority of data analytics projects, including AI projects, as failures? Shouldn’t the score board be clocking more wins for the data-crunchers?

Yet industry watchers say the opposite is happening. According to Gartner, a mere 20% of analytics insights will deliver business outcomes through the end of this year. Earlier Gartner said 80% of AI projects through 2020 “remain alchemy, run by wizards.” No word what the percentage will be this year, but the level of pessimism appears to remain steady. VentureBeat reported “only 13% of data science projects, or just one out of every 10, actually make it into production.” The consensus is that these data-fueled projects suffer an astounding 87% fail rate.

Those kinds of numbers suggest that the only place data appears to be driving many projects is to the digital scrap heap. Surely if companies stay this course, they’ll eventually drive off a cliff, too.

Where Data Analytics and AI Went off the Rails

Take the iBuyer industry, for example. Companies operating on the iBuying model include Zillow, Opendoor, and Offerpad. In short, these are data-driven real estate investors wielding some top-notch automated digital decisioning. Competitive offers on homes are determined by algorithms; so are the sale prices when these companies flip them. What could go wrong, right?! Apparently, a lot.

In November 2021, Zillow, the reigning king of the digital real estate hill at the time, choked down substantial losses and promptly got out of the iBuying biz. Competitor Opendoor seized the forsaken crown and declared, more or less, that it did data better. Except by January 22, Opendoor’s stocks took a tumble and Barron’s reported that a BofA analyst declared the “iBuying model is risky.” All told, the iBuying industry took heavy financial losses, HousingWire reported.

Not a good look for data-driven companies in any industry.

Meanwhile, many in the data analytics and AI industry are quick to blame the usual suspects as the cause of such dismal performance: skill shortages, budget shortages, poor business strategies, and short-sighted shareholders, to name but a few. Certainly, each of those things has detrimental effects on projects but probably not any more so than many other technology-based initiatives.

The question then becomes: what’s driving data projects off the rails? There are many who think that the main culprit is in the process rather than the tech.

Flipping the Data-Driven Model to Decision-Driven

Currently, companies mine data for insights. But that process then defines the decision you will make since it is now fenced in by the data you're using. By putting data first, right there at the head of the process, everything thereafter follows suit.

Letting the data define the decision is the opposite of what companies intended to do. Instead, they expected data to inform their decisions. And therein lies the rub. Data mining, as it is done today, tends to be less insightful and more of a mandate on what to think.

By flipping the model to put the decision first, you are taking aim at the desired outcome you want to cause. That outcome can itself be positive or the best of bad options, but it is at least what you intended to happen. In this way, intention directs the process rather than the data.

In the decision-driven enterprise, every data-fueled project is directly pointed at an acceptable and expected result or return on investment. This creates better control over where the company or project is steered. It should also substantially reduce project failure rates.

But don’t think this is a return to executives or leaders making a gut decision either. That path leads to a morass of biased data and bad decisions.

Instead, the decisions you’ll make at the beginning of this new process are informed by several sciences and mathematical formulas. Examples of decision sciences that you may choose to employ for this work include economics, decision analysis, behavioral economics, psychology, design, philosophy, game theory, and others, depending on the nature of the decision at hand.

If you’d like to learn more about tactics, techniques, options in decision sciences, and/or more specific technical directions, let me point you to some strong sources that are both easy to understand and strong leaders in decision intelligence, the name the movement has generally accepted for this new way of making decisions.

First and foremost, look to the many writings and numerous YouTube videos (here’s a good one!) by Cassie Kozyrkov, Head of Decision Intelligence at Google. Also read the excellent book Digital Decisioning by the very talented and technical-minded James Taylor. You might also want to read Link by Lorien Pratt, or Gartner’s takes and reports on the topic. I’d also humbly add my own recently published book, Decision Intelligence For Dummies, to the stack for your consideration.

You’ll likely discover that converting your company from data-driven to decision-driven is a smart and efficient move.