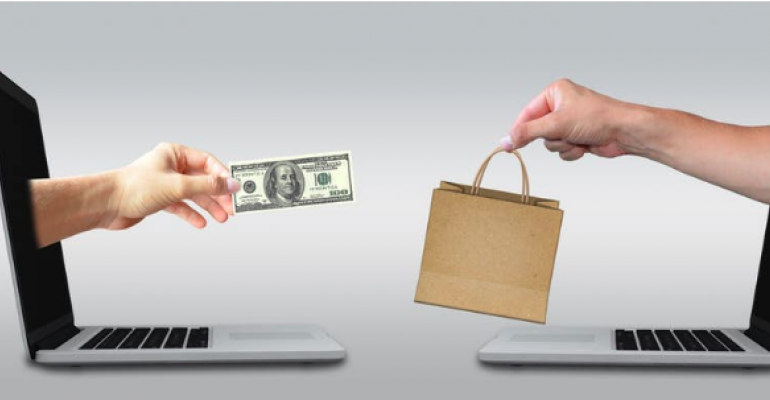 The Wayfair v. South Dakota case is one of three Supreme Court cases whose impact will reach far beyond Internet sales tax.

The Supreme Court's recent decision in the Wayfair v. South Dakota Internet sales tax case is not the first of its kind. In fact, this article involves not just one but three cases. Each taken on its own is significant for e-commerce retailers as big as Amazon and as small as a mom-and-pop shop. Examined as a whole, the three cases have led to changes in the collection of Internet sales tax that will have wide-ranging--and both expected and unexpected--consequences.

For the first case, we must travel through time back to a year before most of those in the current IT workforce were even alive: 1967.

The year is 1967, and not only is the public internet a thing of the distant future, so is the birth of Elon Musk, founder of Tesla and SpaceX (1971), the founding of Microsoft (1975), and the fourth birthday of Jeff Bezos, founder of Amazon. Mail order catalog sales were in their infancy, and the laws governing this new model of marketing was, too. According to the syllabus for the actual case:

Appellant is a mail order house with its principal place of business in Missouri. It owns no tangible property in Illinois, has no sales outlets, representatives, telephone listing, or solicitors in that State, and does not advertise there by radio, television, billboards, or newspapers. It mails catalogues twice a year to customers throughout the United States, including Illinois, supplemented by occasional "flyers." Orders for merchandise are mailed to appellant's Missouri plant, and goods are sent to customers by mail or common carrier. Appellee obtained a judgment from the Illinois Supreme Court requiring appellant to collect and pay to the State the use tax imposed by Illinois upon consumers who purchase appellant's goods for use within the State.

This case fell in favor of National Bellas Hess Inc. (National, from this point on), the mail order cataloger from Missouri. In his opinion for the majority, Supreme Court Justice Potter Stewart stated, "State taxation falling on interstate commerce . . . can only be justified as designed to make such commerce bear a fair share of the cost of the local government whose protection it enjoys."

Since National only had connections to Illinois through mail and common carrier, the company didn’t have benefits to reap from its relationship with the state of Illinois. In previous rulings--both Nelson v. Sears, Roebuck & Co. and Nelson v. Montgomery Ward--the court had sided with the states. In both cases, the retailers had also held physical presences in the state. National had successfully argued that since that was not the case with its situation, the liabilities that Illinois had imposed upon the compamy violated the Due Process Clause of the Fourteenth Amendment and created an unconstitutional burden upon interstate commerce.

This case serves as the basis for the next suit in our timeline toward relevance in today’s internet-based commerce sector.

Fast forward to 1992. The age of dial-up is upon us by this point. Believe it or not, AOL (America Online) is already 9 years old, gas prices in the United States average $1.05 per gallon, and William Jefferson Clinton is elected to the presidency. AT&T releases the first video telephone for a list price of $1,499 ($2,700 adjusted for inflation ), and Microsoft releases Windows 3.1 and Microsoft Works.

We are now in the infancy of internet commerce. It’s because of the advancements in technology and sales in the 25 years since National Bellas Hess Inc. v. Illinois Department of Revenue that we find Quill Corp. v. North Dakota being argued in front of the nation’s highest court. North Dakota failed to accept and apply the ruling of that case due to the "the tremendous social, economic, commercial, and legal innovations" of the past quarter century that have rendered its holding "obsolete,” according to the suit. In his opinion for the majority on its ruling, Justice John Paul Stevens stated that though the majority agreed with much of the state court’s reasoning, they were reversing the North Dakota State Court’s ruling. The North Dakota Supreme Court reversed a lower court ruling that upheld the earlier Bella Hess ruling, concluding that "wholesale changes" in both the economy and the law made it inappropriate to follow that 1967 decision. In the majority opinion of the U.S. Supreme Court, Justice Stevens stated that neither arguments based the Due Process nor Commerce Clause arguments from the 1967 case had changed in the age the burgeoning internet.

That brings us to our current docket, recently in front of the U.S. Supreme Court and the final case that this article rests upon.

Last week the court handed down a decision in the case of South Dakota versus online home goods retail giant Wayfair. The background of this case stems from those presented previously here (among others), but it is firmly rooted in the decision of Quill Corp. v. North Dakota.

The Supreme Court, in considering the appeal in that case, questioned the validity of the physical-presence test based on several of its intervening commerce clause rulings. It was also only months after Quill that internet retailers such as Amazon.com started their march toward retail dominance over local, brick-and-mortar companies. Additionally, the arguments by online retailers concerning undue burdens for calculation and assignment of sales taxes across more than 6,000 taxing municipalities have been erased by what amounts to a lookup of an address in one of many online repositories for tax calculation.

In 2015, Justice Anthony Kennedy called on the court to re-examine both Bella Hess and Quill decisions due to the burgeoning defunding issues around state infrastructure, education systems and healthcare services. “The legal system should find an appropriate case for this court to re-examine Quill and Bellas Hess,” Kennedy concluded. Kennedy had joined the majority in the ruling of Quill. But by 2015 e-commerce was generating over $3 trillion annually in the United States alone.

South Dakota took heed and passed Senate Bill 106, which shifted the basis of presence from physical to economic. According to Senate Bill 106, any retailer generating more than $100,000 in sales or more than 200 transactions in South Dakota must collect sales tax. As a concession that would make it easier to be litigated by the courts and applied nationally, the measure also would protect retailers from retroactive liability. The state then went on to sue four online retailers. While one decided to concede, Wayfair, Overstock.com and NewEgg challenged the new law. These e-commerce entities moved for a summary judgment on the basis that, under Quill, they do not meet the physical-presence test and as a result cannot be compelled to collect the state’s sales tax. The state conceded that it cannot enforce SB 106 without the Supreme Court’s overruling Quill. The South Dakota courts agreed, and that set up the foundation for United States Supreme Court review.

The court's decision has been made: The Supreme Court on June 21 ruled that internet retailers can be required to collect sales taxes, even in states where they have no physical presence.

What Does this Mean for You?

The decision in this latest case has dramatic effects not only for online retailers, but also anyone who lives in a municipality that collects sales or use taxes. Increased tax collections result in better funding of programs and improvements in infrastructure (if monies are spent wisely, of course.) Local retailers will still continue to struggle to compete with the convenience of online shopping and the marketing budgets of large e-commerce companies, but the playing field will be more balanced.

Online retailers will need to find ways to conform to the new laws while at the same time finding ways to recoup added expenses through efficiencies offered by streamlining fulfillment processes, seeking concessions from upstream suppliers, automating the workforce, turning to AI to discover opportunities to build a strategic edge that has yet to be realized, or other options afforded through sheer size and resources that local retailers don’t have access.

The other winner in this suit is e-commerce employees. Many companies are open to remote workforces and would actually prefer to shift many jobs to telecommuting formats, but have not been able to do so because of the physical presence rule. For example, a tech worker who has no direct bearing on sales might have been prevented from working remotely in a state in which his or her company had no existing presence for fear that the state would cite that as a physical presence and require collection of sales tax for all customers in that state.

As the burden of proof shifts to economic presence versus physical presence, e-commerce giants may be be able to trim expenses. Costly offices can be downsized or removed from balance sheets over time, while employees may relocate to states in which they were previously barred.

But the economic ramifications could actually come back to haunt certain states where e-commerce retailers have a large footprint, such as California and Washington state. One state’s gain is another’s loss, as employment would shift toward states that offer a better quality of life and a reasonable housing market.

In the end, a ruling against e-commerce companies in Wayfair v. South Dakota may actually benefit e-retailers more than it would harm them.