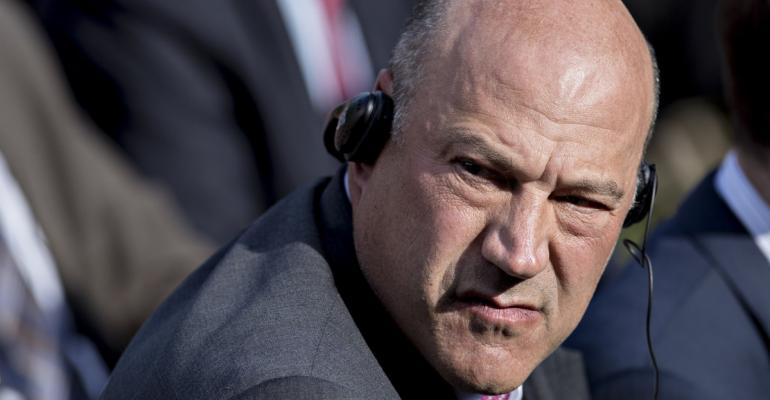 Under the most severe scenario being weighed, the U.S. could impose tariffs on a wide range of Chinese imports from shoes and clothing to tech gadgets. Apple, Amazon.com and other U.S. technology companies that have products assembled in China may be hurt by such policies.

(Bloomberg) --A shudder reverberated through the global technology sector as the Trump administration considers tariffs on Chinese imports including consumer electronics.

Under the most severe scenario being weighed, the U.S. could impose tariffs on a wide range of Chinese imports from shoes and clothing to tech gadgets, said two people familiar with the matter, who asked not to be identified because the discussions aren’t public.

Apple Inc., Amazon.com Inc. and other U.S. technology companies that have products assembled in China may be hurt by such policies. Consumer electronics companies in China looking to make headway in the U.S., including Xiaomi Corp. and Lenovo Group Ltd., may also face new headwinds.

The Trump administration is considering combining tariffs with restrictions on Chinese investments in the U.S., which are reviewed for national-security risks. That would exacerbate an existing crackdown on consolidation in the strategically important semiconductor industry.

Apple’s stock fell in line with other shares in extended trading on Tuesday after Gary Cohn confirmed he’s resigning as Trump’s top economic adviser, raising concern about the tariffs and a potential global trade war. Cohn, a former Goldman Sachs Group Inc. president, had opposed the penalties and was seen by investors as a steady hand in an unpredictable administration.

Apple may have the most to lose if Trump’s tariffs define imported goods as all items produced in China -- even if the products are designed by American companies. Top U.S. hardware makers from Intel Corp. to Dell Inc. also rely heavily on manufacturing in China, which became the world’s factory floor via a combination of government incentives and cheap labor.

While it’s unclear if Apple would be marked as an importer of Chinese goods, the world’s most valuable company does have a number of key Asian suppliers likely involved. It makes most of its gadgets -- including iPhones and iPads -- in China via partners such as Hon Hai Precision Industry Co., part of Taiwan’s Foxconn Technology Group. Other key suppliers include Inventec Corp., Jabil Inc. and Wistron Corp. Foxconn’s complex in the central city of Zhengzhou and the Shanghai plants of Taiwanese assemblers Quanta and Pegatron Corp. were the top exporters to the U.S. in 2016, according to customs data.

An executive at a major Apple part supplier said they needed more time to assess the possible impact, though he suggested this could turn into a “large-scale trade war.” The U.S. company, which declined to comment, generates almost 40 percent of revenue in its Americas region, which includes the U.S., Mexico and Canada. Amazon likewise produces some of its Echo speakers with Foxconn.

Still, Jun Zhang, an analyst at Rosenblatt Securities, said tariffs would likely be targeted at Chinese manufacturers, rather than U.S. companies with gadgets produced in China. Lenovo slid as much as 1 percent in Hong Kong while ZTE Corp., one of the more successful Chinese phone brands in the U.S., fell 1.8 percent.

China’s Huawei Technologies Co. has tried for months to sell its smartphones in the U.S., but faced a backlash from U.S. lawmakers that resulted in phone carriers AT&T Inc. and Verizon Communications Inc. canceling deals with the company to carry its latest handset.