Read the latest news around Microsoft's SQL Server and tips for successful implementation and management of the relational database management system. 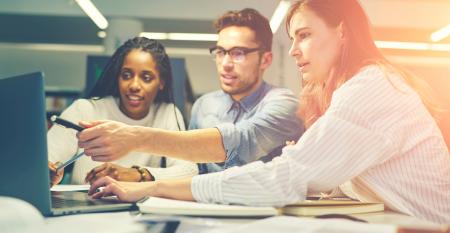 Sponsored Content
DBA Disruptors
Dec 04, 2019
Our eCourse helps you navigate SQL Server performance bottlenecks by teaching you how to recognize and deal with...

Sponsored Content
Zero to Hero: 12 Essential Steps for the Accidental DBA
Dec 04, 2019
Are you an accidental DBA and don’t know where to start? We're here to help. And you aren’t alone. A recent...

How to Gain Hidden Insights into SQL Server Transaction Logs
Jun 29, 2019
The transaction log plays a critical role in everything your SQL Server database was initially created to do.

Do You Know What Secrets Your SQL Servers Are Sharing?
May 27, 2019
Here's how to check the current state of connections to the production SQL Server, what to look for and why.

Getting Started with Azure Data Studio and SQL Server 2019 Preview
Mar 28, 2019
SQL Server 2019 is in the final rounds of Community Technology Previews, and if I wasn’t excited about it before, I definitely...

Examining Scalar Function Performance in SQL Server
Feb 24, 2019
Each new release of SQL Server brings new DMOs. This article digs into dm_exec_function_stats, which made its debut in Microsoft SQL Server 2016.