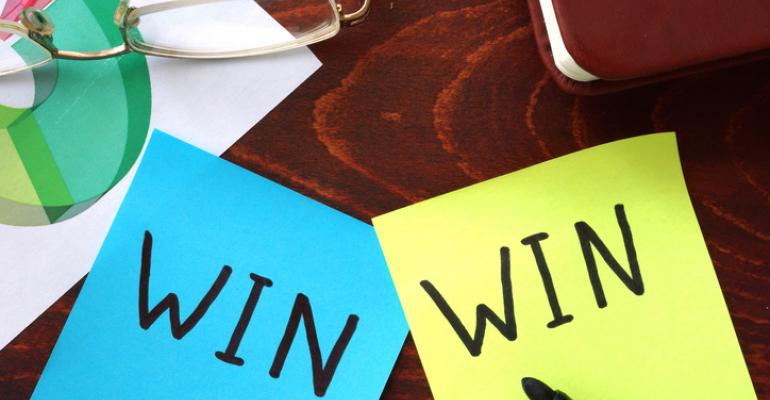 Public cloud vendors like AWS and Google partnered with data center juggernauts in 2017 to bring enterprises to the cloud.

Enterprise cloud adoption is on the rise, but according to IDC we are still two years out before spending on cloud IT infrastructure outpaces non-cloud IT infrastructure. Public cloud vendors like Amazon Web Services (AWS), Microsoft Azure, and Google Cloud Platform would probably like that to be a lot sooner.

In 2017, we saw public cloud vendors teaming up with legacy vendors like Cisco and VMware to make it easier for enterprises with significant on-premises investments and brand loyalty to these data center juggernauts move to the cloud. In August, we saw the launch of VMware on AWS, the first offering out of the AWS and VMware partnership first announced in 2016. The cloud service enables customers to spin up VMware environments in AWS in two major cloud regions – US West and US East – and is on track to add new capabilities each quarter. In November, Google announced that in 2018 customers can run a Google cloud software stack on a Cisco HyperFlex system inside their own data center.

For every Etsy that is moving ahead with aggressive cloud adoption plans, there are thousands of enterprises that are taking it much slower, which requires a different approach from public cloud vendors. Moving to the cloud is not an either/or decision – either you go all-in on the cloud or stay put in your data centers – and public cloud vendors now recognize this. Though partnering with AWS or Google could be a risky move for some vendors, the bigger risk is being left behind when those enterprises are ready to move more workloads to the public cloud. These partnerships could pave the way for more collaboration between vendors, which ultimately will make for a smoother cloud migration process for enterprises when they are ready.