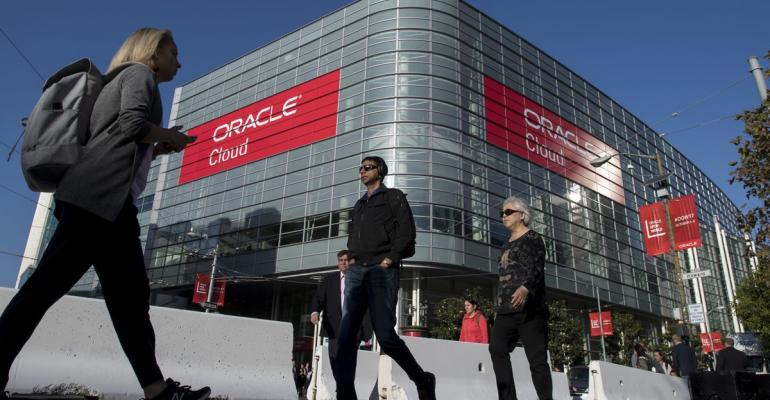 Revenue will increase 2 percent to 4 percent in the current quarter, holding currency exchange rates constant, with higher growth through the second half of the fiscal year, Chief Executive Officer Safra Catz said Monday in a conference call with analysts. Adjusted profit is projected at 83 cents a share to 85 cents a share in the fiscal third quarter. Analysts estimated 84 cents.

Oracle earlier reported fiscal second-quarter sales that were in line with analysts’ estimates. Shares increased about 5 percent in extended trading.

Catz and Chief Executive Officer Mark Hurd have sought to move the information technology company’s 430,000 customers tointernet-based software from programs housed on their corporate servers, as a way to keep up with the rapid sales growth of Amazon.com Inc.’s cloud unit, Salesforce.com Inc. and others. Sales were little changed at $9.56 billion in the fiscal second quarter. Analysts, on average, had projected $9.52 billion, according to data compiled by Bloomberg. Revenue from Oracle’s cloud services and license support, which includes maintenance fees for its traditional software, grew 2.7 percent to $6.64 billion. Oracle’s new cloud and on-premise licenses sales fell 8.5 percent to $1.22 billion.

Oracle’s report and predictions helped defuse concern that corporate spending on infrastructure is declining and gave investors hope that the company can return to stronger revenue growth, said Patrick Walravens, an analyst at JMP Securities. Executive Chairman Larry Ellison’s comments on the conference call also provided an explanation of why Oracle’s attempt to turn its database clients into cloud customers hasn’t happened as quickly as some had hoped, Walravens said. Ellison said Oracle didn’t have good enough computing infrastructure in place until recently to support cloud customers. “Larry’s brilliant, but our due diligence suggests that there’s more to it than that,” Walravens said. “I think there will be some debate about whether that is a sufficient explanation.”

Oracle shares rose to a high of $48.18 in extended trading after closing $45.73. The stock has declined 3.3 percent this year.
0 comments
Hide comments
Related