Learn about various open source SQL implementations across the enterprise. 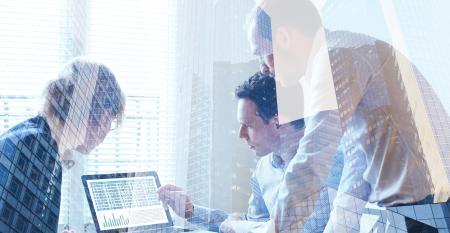 Sponsor Content
Bridging the Gap Between Data Science & IT
Jul 07, 2020
Available on Demand ...

What Service Meshes Are, and Why Istio Leads the Pack
Oct 29, 2019
Cloud-native technologies like containers and microservices have made infrastructure infinitely more complex...

Girls Who Code Gets $25K Boost, Cloud Access from IBM
Oct 16, 2019
At the first All Things Open event since Red Hat became a wholly owned IBM subsidiary, the company debuted an Open Source Community Grant that mixes cash and access to the IBM cloud.

Google Wants to Make it Easier to Use Open Source Databases
Apr 09, 2019
Google wants enterprises to experience a native approach to open source databases on GCP, with no muss, no fuss billing and support.

Microsoft Expands Azure PostgreSQL Moxy Through Citus Data Purchase
Jan 30, 2019
Microsoft's purchase of Citus Data is about more than just the software. It's also about talent.

Real-World Blockchain Use Case: Efficient Data Management
Apr 26, 2018
Many believe blockchain use cases begin and end with Bitcoin, but the real value of the technology lies in providing a new...