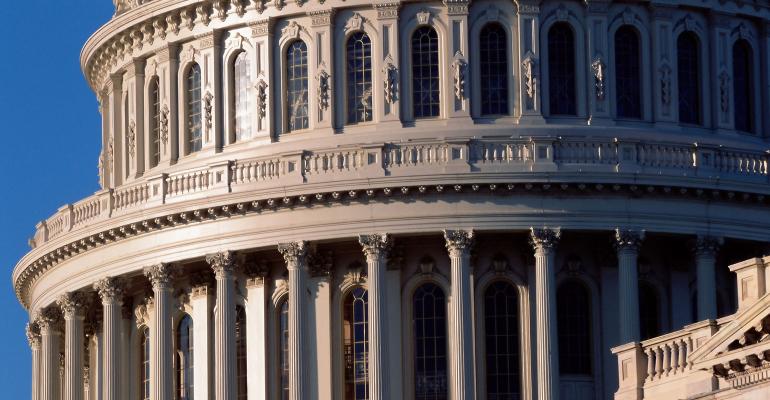 A House panel investigating big tech companies for potential antitrust violations is seeking information from customers of Amazon, Apple, Google and Facebook about the state of competition in digital markets and the adequacy of existing enforcement.

(Bloomberg) -- A House panel investigating big tech companies for potential antitrust violations is seeking information from customers of Amazon, Apple, Google and Facebook about the state of competition in digital markets and the adequacy of existing enforcement, according to documents reviewed by Bloomberg.

It’s the latest development in the bipartisan congressional investigation being conducted by House antitrust subcommittee chair David Cicilline, a Democrat from Rhode Island.

The eight-page survey doesn’t mention any companies by name, but it seeks information about the industries they dominate such as mobile apps and app stores, search engines, digital advertising, social media, messaging, online commerce and logistics as well as cloud computing.

The survey asks respondents to identify the top five providers for the various digital services and how much it paid each of those providers since Jan. 1 2016. It also asks for any allegations of antitrust violations or business practices that hurt competition. The committee offered respondents the possibility of confidentiality if they desired.

The panel has asked for responses to its survey by mid-October.

The survey appears geared toward businesses that pay the big technology companies for services such as cloud computing, digital advertising and help selling mobile apps and products online. It doesn’t appear to focus on general retail consumers that buy products from Amazon or iPhones from Apple.

It also shows how regulators are relying on customers and competitors of Big Tech to help them better understand digital markets and and how dominant players can stifle competition. The Federal Trade Commission has been quietly interviewing online merchants that sell goods on Amazon to better understand the business.

The questionnaire shows the House panel trying to assess the grip big technology companies have in various markets, a first step in probing for antitrust violations. If the panel finds competition is so scant that the customers of big technology companies have no viable alternatives, it justifies further scrutiny of business practices as well as mergers and acquisitions.

The questions also suggest the panel is open to examining how antitrust laws are applied in digital markets and if enforcement and laws need to be updated.

A Google spokesman declined to comment. Apple didn’t immediately respond to requests for comment. Amazon and Facebook both declined to comment, but pointed to previous comments by executives in which both companies said they welcomed government scrutiny and maintain they exist in markets with healthy competition. Emails to representatives for the House committee weren’t immediately answered.

The House panel has been the most visible of various probes of technology companies. Representative Cicilline has been a vocal critic.

Speaking at an antitrust conference in Washington, D.C. last week, he said, “you would be amazed” at the number of companies that have come forward with concerns about the potentially unfair way that big tech companies compete. Some have even expressed fear that the tech giants will respond with economic retaliation if the smaller companies’ concerns are made public, Cicilline said, without providing more detail.

The House panel’s probe is part of a broader examination of the control companies such as Amazon, Google and Facebook have over the U.S. economy. The FTC is investigating Amazon and Facebook while the Justice Department is probing Google. Separately, 50 state attorneys general have announced an antitrust probe of Google.