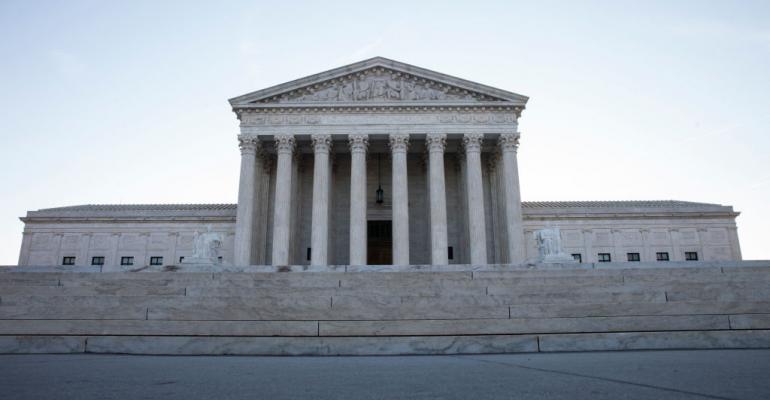 The Supreme Court case, which the justices heard in February, stemmed from the government’s use of a 1986 law to seek emails from an unidentified account kept on a Microsoft Corp. server in Ireland. The Justice Department said the messages would provide evidence of drug trafficking.

(Bloomberg) --The Trump administration asked the U.S. Supreme Court to drop a pending case over government access to emails stored overseas, saying a new federal law has stripped the case of any practical significance.

The law, enacted March 23 as part of the massive spending bill, lays out rules for international data requests by law enforcement. It gives tech companies an easier way to navigate conflicts between government demands and customer privacy expectations.

The Supreme Court case, which the justices heard in February, stemmed from the government’s use of a 1986 law to seek emails from an unidentified account kept on a Microsoft Corp. server in Ireland. The Justice Department said the messages would provide evidence of drug trafficking.

The Justice Department said in a court filing made public Saturday that it has obtained a fresh warrant for the information under the new law. U.S. Solicitor General Noel Francisco said the Supreme Court should send the dispute back to a lower court so that the case could be dismissed as legally moot.

Francisco also urged the Supreme Court to set aside a federal appeals court decision in Microsoft’s favor so that it doesn’t “generate uncertainty.”

Pre-Internet Statute
The Justice Department and Microsoft both supported the new measure, the Clarifying Lawful Overseas Use of Data Act. The CLOUD Act, as it’s known, makes clear that U.S. warrants apply around the world and clarifies what data the government can access. It sets up a new process for providers to challenge U.S. warrants and notify foreign governments so they can object.

The measure also creates rules for American companies when they receive information requests from foreign governments. The U.S. will be able to make agreements with other nations governing access.

During arguments, some justices suggested they would prefer letting Congress address the issue rather than resolving it based on a statute that predates the widespread adoption of the internet.