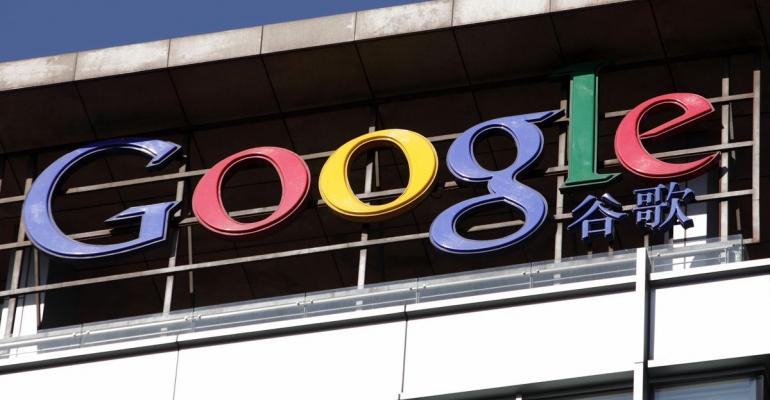 Google Is in Talks With Tencent and Inspur for China Cloud, Sources Say

Google’s plans for China are even more ambitious than previously understood. But trade tensions between China and the U.S. now loom over their efforts.

(Bloomberg) -- Google’s plans for China are even more ambitious than previously understood.

The internet giant is in talks with Tencent Holdings Ltd., Inspur Group and other Chinese companies to offer its cloud services in the world’s second-largest economy, according to people familiar with the discussions. The discussions began in early 2018 and Google narrowed partnership candidates to three firms in late March, according to one of the people. Trade tensions between China and the U.S. now loom over the effort, making it unclear whether the plans will proceed, this person said.

The disclosure comes just days after the revelation that Google is developing a version of its search engine for China that would block information the Beijing government considers sensitive. If implemented, the move would mark a dramatic reversal by the Alphabet unit, which exited the mainland in 2010 after refusing to comply with its censorship practices. The prospect of one of the most powerful American corporations bending to China’s will drew immediate condemnation in Washington.

“It is a coup for the Chinese government and Communist Party to force Google -- the biggest search engine in the world -- to comply with their onerous censorship requirements, and sets a worrying precedent for other companies seeking to do business in China without compromising their core values,” six U.S. lawmakers, including Republican Senator Marco Rubio, wrote in a letter to Google’s Chief Executive Officer Sundar Pichai.

Shares of Tencent rose as much as 2.3 percent in Hong Kong.

The goal of the cloud initiative is to run Google internet-based services via the domestic data centers and servers of Chinese providers, similar to the way other U.S. cloud companies access that market. In most of the rest of the world, Google Cloud rents computing power and storage over the internet, and sells a collection of workplace productivity apps called G Suite that are run on its own data centers. China requires digital information to be stored in the country and Google has no data centers in the mainland, so it needs partnerships with local players.

Google Cloud chief Diane Greene said last week that she wants the business to "be a global cloud," but declined to comment specifically about China. Still, the company is seeking a Shanghai-based business development manager for its cloud business. The job posting lists "experience in, and knowledge of, the Chinese market" as a preferred qualification.

A Google Cloud spokesman declined to comment. Inspur and Jane Yip, a Tencent spokeswoman, didn’t immediately respond to requests for comment on Friday.

A tie-up with large Chinese tech firms, like Tencent and Inspur, a major cloud and server provider, would also give Google powerful allies as it attempts a broader return to mainland China, where it pulled its search engine in 2010 over censorship concerns.

After years of slowly rebuilding a presence in China, Google has pressed the accelerator recently. It’s building a cloud data center region in Hong Kong this year and opened an artificial intelligence research center in Beijing in January. Along with other Alphabet Inc. units, it has begun investing more in Chinese companies. Plans for the censored search app in China a furious debate about whether Google is putting profit over its mission to “organize the world’s information and make it universally available.”

A cloud partnership for Google in China would help the company compete more with larger rivals Amazon.com Inc. and Microsoft Corp. In late 2017, Amazon agreed to sell its Chinese servers and some other cloud assets to local partner Beijing Sinnet Technology Co. The move complied with laws introduced that year mandating the storage of data within the country and bolstering government control over the movement of information. The move mirrored a similar set-up between Microsoft and its local partner 21Vianet Group Inc.

With Tencent, Google would have an even more high-profile ally -- but would also go up against local competitors including Alibaba Group Holding Ltd., which operates a major cloud business in China.

China is the second-largest cloud market, but local companies dominate, making it difficult for outsiders like Google, according to Synergy Research Group. "You can never say never, but that is an incredibly tough proposition," Synergy analyst John Dinsdale said. A June report from Synergy ranked Google fourth in the Asian cloud market, behind Amazon, Alibaba and Microsoft.

In January, Google struck a patent-sharing deal with Tencent. The agreement came with an understanding that the two companies would team up on developing future technologies.

Tencent operates its own cloud service and is building an ecosystem of partners that includes Cisco Systems Inc., Nvidia Corp. and Deloitte, according to Tencent’s website. It already offers a cloud service called the Tencent Kubernetes Engine that’s based on a popular Google technology by the same name. Google could host services, such as Gmail, Drive and Docs, on Tencent’s data centers, and the Chinese company may suggest existing cloud customers try Google offerings.

Tencent founder Pony Ma is a representative of China’s National People’s Congress, and Inspur, formerly the state-owned Shandong Electronics Devices Plant, could provide political cover for Google as it seeks to gain approval from authorities to operate more of its largest businesses in country.

Google has touted the security and AI strengths of its cloud division. Tensorflow, a coding library for AI applications created by Google, is growing in popularity with researchers and software developers in China. While the feature is compatible with other cloud services, it’s designed to work most efficiently with Google’s cloud.