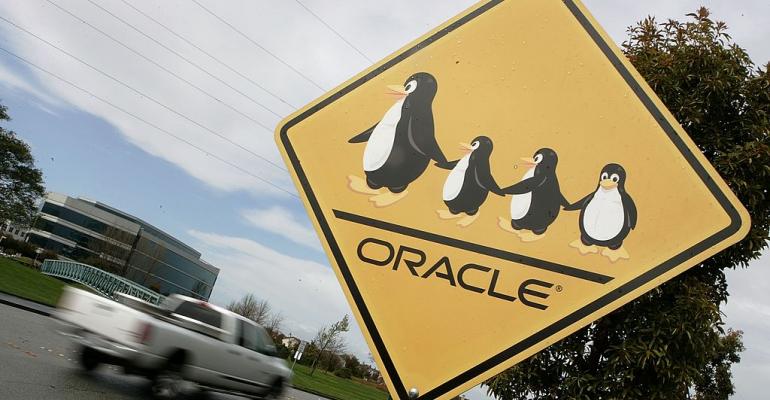 Now, boosted in part by escalating U.S. tensions, one Chinese upstart is stepping in, winning over tech giants, startups and financial institutions to its enterprise software.

(Bloomberg) -- For years, companies like Oracle and International Business Machines invested heavily to build new markets in China for their industry-leading databases. Now, boosted in part by escalating U.S. tensions, one Chinese upstart is stepping in, winning over tech giants, startups and financial institutions to its enterprise software.

PingCAP’s ascendancy comes as the U.S. cuts Huawei Technologies Co. off from key technology, sending chills through the country’s largest entities while raising questions about the security of foreign-made products. That’s a key concern as Chinese companies modernize systems in every industry from finance and manufacturing to healthcare by connecting them to the internet.

“A lot of firms that used to resort to Oracle or IBM thought replacing them was a distant milestone, they never thought it would happen tomorrow,” said Huang Dongxu, PingCAP’s co-founder and chief technology officer. “But now they are looking at plan B very seriously.” IBM, which gets over a fifth of its revenue from Asia, declined to comment. Oracle, which gets about 16%, didn’t respond to requests for comment.

China has long tried to replace foreign with homegrown technology, particularly in sensitive hardware -- it imports more semiconductors than oil. That imperative has birthed global names like Huawei and Oppo and even carried over into software in recent years, as Alibaba Group Holding Ltd. and Tencent Holdings Ltd. expand into cloud services. That effort has gained urgency since Washington and Beijing began to square off over technology.

“China has always wanted to use domestic tech and in areas like cloud, it’s been very successful,” said Julia Pan, a Shanghai-based analyst with UOB Kay Hian. “While it wants to use Chinese chips, its technology is just not there, but when it’s mature enough, they very likely will replace overseas chips with domestic ones.”

Now, a coterie of up-and-coming startups are encouraging Chinese firms to go local. Customers use PingCAP to manage databases and improve efficiency, allowing them to store and locate data on everything from online banking transactions to the location of food delivery personnel.

Backed by Matrix Partners China and Morningside Venture Capital, PingCAP is competing in a sector traditionally dominated by companies such as Oracle and IBM. The market is expected to grow an average 8% annually to $63 billion globally in the seven years through 2022.

The startup is one of the newest members of a cohort of open-source database providers such as PostgreSQL and SQLite that are upending the market. Researcher Gartner forecasts that 70% of new, in-house applications worldwide will be developed on open-source database management systems by 2022.

PingCAP -- mashing the term for verifying a web connection, ping, and the CAP computing theorem -- was founded by three programmers whose former employer, a mobile-apps company, was acquired by Alibaba. Inspired by Google’s Cloud Spanner, which pioneered the distributed database model, the trio -- Huang, Liu Qi and Cui Qiu -- began creating an open-source database management system that would allow companies to infinitely expand their data storage by simply linking more servers to existing ones.

“Think of traditional database mangers like a fixed glass container, every time you run out of storage you have to get a bigger one,” said Huang. “What our system does is that you can link as many cups together as you want.”

Their idea caught on with investors and venture fund hot shots including Matrix agreed to invest about 10 million yuan ($1.4 million) in 2015. To date the company has raised more than $71 million and has about 190 employees.

PingCAP is working in a space where competition is fierce -- its database TiDB currently only ranks 121 among global peers, according to database rank compiler DB-Engines, which uses mostly mentions on social media and discussion forums as key metrics. Other open-source database managers such as PostgreSQL ranks 4th and its direct competitor CockroachDB, which also focuses on distributed database systems, leads PingCAP by 30 spots. The Chinese startup also operates in a market where it’s difficult to make money -- PingCAP only has a couple dozen paying customers in China and makes about 10 million yuan in revenue a year. Their best shot is to create successes that can be later replicated on a larger scale, said Owen Chen, an analyst with Gartner. “Work with the 10% early adopters free of charge, and make money off the 90% followers later,” he said.

That’s why Huang is working with big names like the Bank of Beijing and Mobike -- so it can create templates for each sector. “Only one thing is certain, data will continue exploding,” said Richard Liu, a founding partner at Morningside Venture Capital. “We have the patience to wait before they figure out the best revenue model.”

PingCAP has one thing going for it: Chinese customers are increasingly willing to experiment with technology. Data supplied by some 2,000 companies -- more than 300 in-production users and 1,500 who are testing its system -- will provide PingCAP with what Matrix Partner Kevin Xiong says is akin to a supply of ammunition.

“You need bullets to train someone to become a stellar marksman, and PingCAP right now has a lot of bullets,” said Xiong, who invested in the company.

Huang points to how PingCAP’s database helped tide over Chinese bike-sharing giant Mobike during stressful days when user and transaction numbers exploded on a daily basis -- at its peak in 2017 the company said it handled as many as 30 million rides a day.

“It was a really challenging time for us, and [open-source database] MySQL was no longer able to meet our demands given the jump in data volume,” said Li Kai, a senior tech director at Mobike. “PingCAP really helped us big time.”

Huang and his team also made it easy for IT departments to jump ship. With one key stroke, companies could export their entire database on MySQL over to PingCAP’s. Some are considering moving their most sensitive data including transactions and customer info over, Huang said without disclosing names.

Yu Zhenhua, an IT manager at Bank of Beijing, said China is constantly trying to enhance information security while his industry wants to lower costs as it rapidly expands. “TiDB’s service meets the demands of what we want in a distributed database manager,” Yu said in a statement posted on PingCAP’s website. A representative for the lender didn’t respond to emailed queries about its collaboration.

Longer term, PingCAP wants to venture beyond China -- but there, the geopolitical spat is proving an impediment. Earlier this year, PingCAP was ready to embark on an expansion into the U.S. and said it was already in discussions for getting some prominent tech startups to use its software. Now the prospects of winning over American clients are clouded.

“We’re not seeing any immediate impact on our business in the U.S. but the trade war does force us to look at the long term uncertainties of getting important U.S. clients in finance or tech to move to our platform,” Huang said.