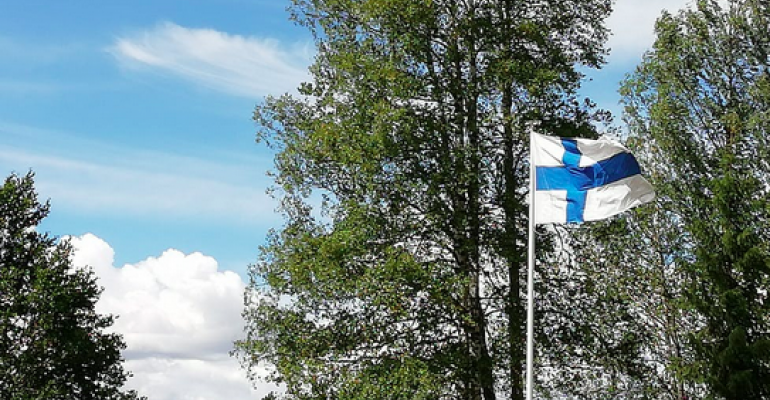 Can the U.S. Learn from Finland’s AI Strategy?

Finland's AI strategy of teaching average citizens about the technology could help with the artificial intelligence staffing crunch.

In Finland, the government is teaching people--lots of people--about artificial intelligence. It’s part of the government’s efforts to teach 1 percent of its population about basic AI concepts, and to use that as a starting point for wider education in the country. The goal is help the small country stay relatively competitive as the EU ramps up its own AI strategy in the face of juggernauts like China and the United States. Given both the increasing importance of artificial intelligence and machine learning for industries around the world, and the continuing AI skills shortage hampering organizations that do want to bring related technology into their operations, Finland’s ongoing efforts to get ahead on AI--the country was the first in the EU to have a national AI strategy--could have more widespread implications.

Could the AI Strategy Spread?

Finland’s strategy may seem appealing to industries clamouring for IT staff well-versed in AI, ML and data, but the reality of building staffing capacity in those areas is more complicated.

In the United States, interest is high, but there is a lack of adequately trained staff for many organizations to begin to implement technology based in artificial intelligence or machine learning in meaningful ways.

China already has a stated goal to dominate AI globally by 2025, said Robb Hecht, adjunct professor of marketing at Baruch College in New York City. The United States needs a national AI strategy to compete, Hecht said, but there is also a need for the education of Americans about the technology’s commercial purposes.

“Trouble is, too many Americans aren't IT or computer science graduates, but would still value and should learn the basics of AI,” said Hecht, who thinks the United States could learn a lot from Finland’s AI experiment.

In China, he said, there is a national goal to have AI transform all industries--which means organizations across the board need to develop the IT capacity to support such a transformation.

There is agreement in a variety of American industries about the future importance of AI. For example, the 2018 MIT Sloan Management Review found that executives are eager to scale AI throughout their operations. But without the IT capacity within organizations, and across industry sectors, to support AI/ML implementation, it won’t happen successfully.

“In the U.S., this will happen more slowly unless the American government makes it a founding principle and includes mandatory AI education,” Hecht said of a AI-fueled transformation.

The United States has a history of bringing the general population on board with a broader science-based goal: the space race. Repeating that wider buy-in from the American public on AI, and using that to fuel industry-wide transformations, requires teaching the public why it matters. The University of Helsinki course is approachable and engaging, but basic enough for a general student, Hecht said.

“This type of approach Finland takes is important for the U.S. government to heed, for it must make similar programs to push Americans--IT, computer science students particularly, but also the general population--to embrace AI now,” he said.

On the other hand, not everyone will embrace AI education--and not everyone needs to, argues Dary Merckens, the CTO of Gunner Technology.

“The fact of the matter is, a tremendous majority of people either cannot be and/or don't want to be involved in AI,” Merckens said. For some people, the subject matter may just be too difficult, he said--but for others, it might just not be very interesting, and that’s a personality barrier that broadening AI education isn’t going to overcome. While those might not be the lessons we want to draw from Finland's experiments, they're the lessons that we should heed.”