Find valuable insights into how to craft an effective strategy around big data. 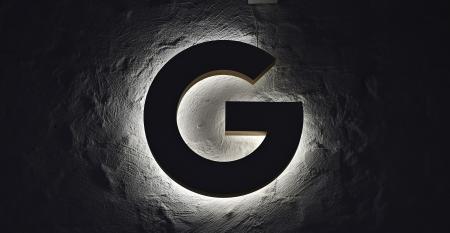 Google Heads to EU Court in Episode 1 of $9 Billion Trilogy
Feb 10, 2020
Lawyers say the court clash will help set the scene for a broader crackdown on U.S. tech giants by Margrethe Vestager, the EU’s...

Microsoft's Nadella Says Tech Intensity Will Drive Retail in 2020
Jan 15, 2020
Data is waiting to be leveraged for better insights on commerce and customer habits in the retail space.

Machine Learning in 2019 Was About Balancing Privacy and Progress
Dec 19, 2019
It was another big year for algorithms and analytics, as data became increasingly important to the enterprise in different ways.

Palantir Wins New Pentagon Deal With $111 Million From the Army
Dec 16, 2019
The data analytics company will provide software to connect human resources, supply chains and other Army operations systems into a single dashboard.

Google, Facebook Market Power Gets More Scrutiny in Australia
Dec 12, 2019
“I want us to be the model jurisdiction in the world for how we are dealing with digital platforms,” said Australian Prime Minister Scott Morrison. “We have regulation and restrictions that were written for an analog economy.”

Facebook, Google Drop Out of Top 10 ‘Best Places to Work’ List
Dec 11, 2019
Many of the big tech companies, including Facebook and Google, have been criticized this year for a myriad of issues, and in some cases employees have publicly opposed executive decisions.

Google Founders Larry Page and Sergey Brin Stepping Down at Alphabet
Dec 04, 2019
Sundar Pichai, the CEO of Google, will also run Alphabet, the company said on Tuesday. The transition gives Pichai oversight of...

Google, Facebook, Amazon, Apple Push Back on House Tech Concerns
Nov 19, 2019
Here’s what the four companies said in response to questions by the House subcommittee overseeing the antitrust probe.

Microsoft Power Platform Reflects Rise of Data Skills on the Job
Nov 08, 2019
As more industries regard speedy data analysis as a core competency, individual workers will start crafting their own tools to get the job done – and that’s where Microsoft’s Power BI, Power Apps, Power Automate and Virtual Agents come in.

Maturing Your Cloud-Based Data Lake Architecture
Oct 31, 2019
There are many challenges that must be considered if you want your organization’s data lake architecture to be a valuable asset instead of a “data dumping ground.”

Managing Data at Petabyte Scale and Beyond
Oct 29, 2019
As data grows to the petabyte and even exabyte level, organizations must rethink how they manage and protect that data.
Load More