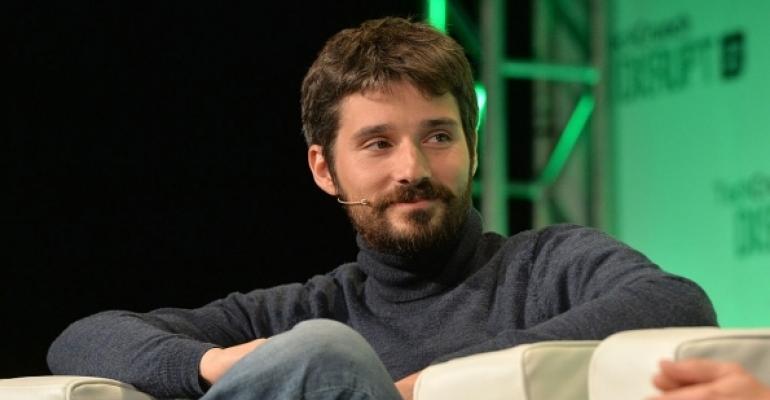 Ten years ago, a wet-behind-the-ears 24-year-old, Solomon Hykes, started a company that redefined "mobility" and paved the way for the hybrid cloud.

Today Solomon Hykes, Docker's founder and long time CTO, announced in a blog post that he's saying goodbye to the company he founded 10 years ago. Actually, being French he said "au revoir," which was the title of the blog post announcing the departure.

The announcement came as a surprise, even though many Docker watchers had anticipated that Hykes might leave the company soon. The post has generated so much traffic that for much of the afternoon Docker's blog site has been all but unreachable. After a half hour or more trying, we at ITPro Today were finally able to load the page, but with formatting errors.

Although Hykes is young -- 34, which means he was in his early 20s in 2007 when he started Docker as Dotcloud -- in some ways he's a throwback to the wild west days of tech, when founders ruled the companies they started as if they were fiefdoms. Those days were already waning more than a decade before he came on the scene, but Hykes would've fit in. During his tenure as Docker's CTO, he developed something of a reputation among developers as something of a control freak.

Phil Estes, a senior technical staff member at IBM, recently remembered that during a time when the open source Docker project was getting 130-150 pull requests a week, Hykes insisted on approving each and every one.

Estes compared him to Steve Jobs, who "doesn't take your input on how that Mac operates, how it looks."

"Solomon had similar ideas that Docker should feel and operate in a certain way," he said. "This led to a lot of difficult discussions and very long periods of back and forth on some pull requests."

Docker pretty much introduced containers to the world, although the technology had already existed and Docker had basically dusted it off and simplified its use. In the process, it made the path to the cloud much easier. But despite revolutionizing software deployment in data centers and the cloud, the company has had difficulties turning a profit. Last May the company hired SAP Concur co-founder Steve Singh to replace long-time CEO Ben Golub. In September Hykes officially left the CTO position to become the company's chief architect and vice chairman of its board of directors.

In an effort to bring profitability to Docker, Singh has focused on marketing Docker Enterprise Edition, and evidently Hykes isn't the perfect fit to help that effort.

"Our strategy is simple: every large enterprise in the world is preparing to migrate their applications and infrastructure to the cloud, en masse." Hykes wrote in his farewell blog. "They need a solution to do so reliably and securely, without expensive code or process changes, and without locking themselves to a single operating system or cloud. Today the only solution meeting these requirements is Docker Enterprise Edition.

"This puts Docker at the center of a massive growth opportunity. To take advantage of this opportunity, we need a CTO by Steve’s side with decades of experience shipping and supporting software for the largest corporations in the world. So I now have a new role: to help find that ideal CTO, provide the occasional bit of advice, and get out of the team’s way as they continue to build a juggernaut of a business. As a shareholder, I couldn’t be happier to accept this role."

Hykes will remain on board until the company finds a new CTO. After that he'll continue to be an active board member. And unless he sells his stake in the company, he remains a major shareholder.

"It’s never easy for a founder to part ways with their life’s work," he wrote. "But I realize how incredibly lucky I am to have this problem. Most ideas never materialize. Most software goes unused. Most businesses fail in their first year.

"Yet here we are, one of the largest open-source communities ever assembled, collectively building software that will run on millions of computers around the world. To know that your work was meaningful, and that a vibrant community of people will continue building upon it…. can any founder ask for anything more?"

One thing's for sure. We haven't heard the last of Solomon Hykes.