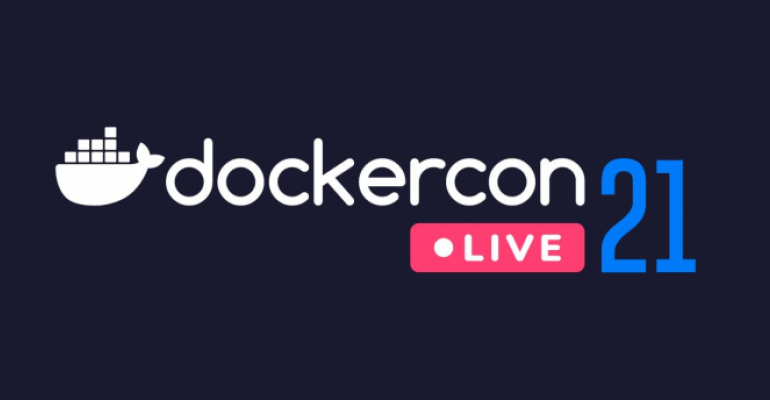 The online-only DockerCon 2021 will focus on building containerized applications and managing an application's delivery lifecycle.

Docker, the container platform that introduced containers to the world, is holding DockerCon Live 2021 on May 27, 2021. In deference to the pandemic, the annual conference will again be online-only with a focus on building containerized applications and managing an application's delivery lifecycle.

In response to lessons learned from last year’s four-day virtual event, DockerCon 2021 has been reduced to a single day.

"Last year was the first time that we moved to online, and we really learned a lot about the behaviors and preferences of the audience," said Matt Carter, vice president of marketing at Docker. "We really recognize this is a chance for us to move beyond the metaphors of a physical event and look at how to create the right content, story and discoverability, so that when our community comes together, not only can they be part of this learning about what's new for us and connecting with the community, but also make sure that fits in with their schedule."

In addition to paring the conference down to a single day to avoid "event fatigue," Carter said Docker is also paying attention to creating content that has staying power.

"You're not going to go and show up for two, three or four days, which you would for physical events," he said. "We've really focused on making it a concentrated single day for the live activities, and to double-down on creating content that's going to work really well as an on-demand experience afterwards, whether you want to revisit things or you want to share it with your teammates."

Although Docker still distributes a free version of the Docker platform, along with the Docker Desktop for developers, it no longer markets an enterprise Docker platform; it sold that business to Mirantis in 2019. Consequently, DockerCon 2021 will have a heavy focus on developers, emphasizing its DevOps centered services like Docker Hub and Docker Cloud.

While many of the presentations at the DockerCon live event will be Docker-specific, some will be focused on containers and Kubernetes from a DevOps and CI/CD perspective.

"Part of what I'm really excited about with DockerCon is that we're bringing things together so that when you're a developer you can learn how to build things and make the right choices for the decisions you need to make throughout your entire development pipeline," Carter said. "We're not tightly coupled with a runtime, a cloud platform or an OS, so it gives us the ability to be very agnostic in how we bring these things together."

Carter says all presentations will be prerecorded, with the presenters standing by throughout the "live" streaming to answer questions.

In addition to the keynotes, which will squeeze at least six speakers, three hosts, and two "special guests" into about 70 minutes (CEO Scott Johnston will be on hand, as will CTO Justin Cormack), there will be about 50 presentations that will run the gamut from how-tos to panel discussions to interviews conducted by The Cube video channel. A complete schedule of presentations and speakers is available on the DockerCon 2021 website.

The elephant in the room might be Docker's relevance, which began to slide when Docker was late getting on the Kubernetes bandwagon, choosing to stick exclusively with Swarm, its own easier-to-use – but limited – orchestration engine instead of embracing the world’s most popular open-source orchestration platform. By the time the company relented and began supporting Kubernetes, the damage was done, which led Docker to sell all of its IP, including its customer base and developers, to Mirantis.

The Docker enterprise platform is still very much alive, however, even if sales aren't nearly as robust as they were in the platform's heyday. Vladimir Galabov, head of the Cloud and Data Center Research Practice at the research company Omdia (owned by the same people who own ITPro Today) told us that Mirantis, with a 15% market share, is currently the second largest container software vendor, behind Red Hat, which commands 47.8% of the market.

"They are facing strong competition from newcomer VMware and I expect VMware to take the number two spot this year," he said.

Registration for DockerCon 2021 is free, with https://www.docker.com/dockercon-live/2021/keynotes scheduled to begin at nine a.m. EDT.