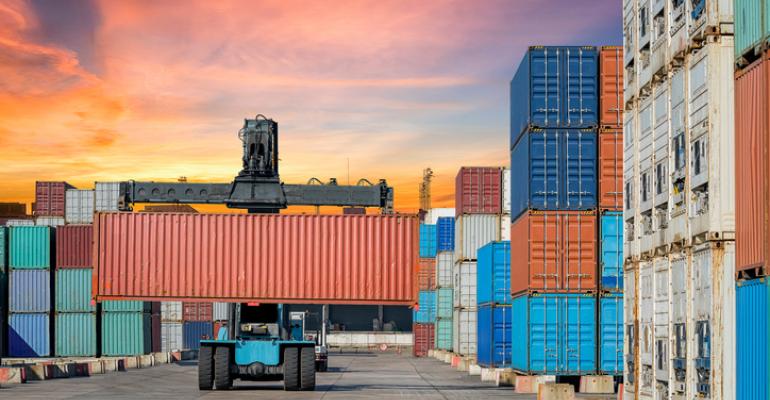 (Bloomberg) --Docker Inc. helped establish a type of software tool known as containers. Thanks to the startup, containers have become an essential part of many companies’ app development process, and they’ve made the company rich. Venture capitalists have poured about $240 million into the startup, according to research firm CB Insights.

Then along came Google, with its own free container system called Kubernetes. Google has successfully inserted Kubernetes into the coder toolbox. While Docker and Kubernetes serve slightly different purposes, customers who choose Google’s tool can avoid paying Docker. The startup gives away its most popular product while trying to convince developers to pay for extras, notably a program that does the same thing as Google’s.

“Kubernetes basically has ruled the industry, and it is the de facto standard,” said Gary Chen, an analyst at IDC. “Docker has to figure out how do they differentiate themselves.”

It’s up to Steve Singh to escape a situation that’s trapped many startups battling cash-rich tech giants like Google, dangling free alternatives. Singh was appointed chief executive officer of Docker in May. His focus is on convincing customers to buy a collection of software to set up and manage their containers. And he needs to persuade them that his startup can offer things Alphabet Inc.’s Google can’t. “Google’s business around Kubernetes is around Google Cloud,” Singh said. “There’s a real play for an independent company that sits on all the clouds.”

Two and a half years ago, investors valued Docker at about $1 billion—coveted unicorn-startup status—but it had less than $10 million in sales at the time. The valuation hasn’t gone up much since then—it was about $1.3 billion, people familiar with the latest fundraising round said a few months ago—but sales have improved a lot, according to Singh. He declined to disclose numbers but said the business will break even on a free cash flow basis by mid-2019.

In the past year, 400 corporate customers have paid Docker for its services, and Singh expects to add the same number next year. MetLife Inc. is one of them. The insurance company is moving 6,000 software applications to Docker’s platform, which will cut costs by 60 percent, said Singh. Docker is appealing to companies that want to take older apps and move them to the cloud or modernize them without having to rewrite everything. Other customers include Visa Inc. and Automatic Data Processing Inc.

With a container, applications can run on just about any cloud or server hardware without needing to be customized. Containers have been around since the late 1970s, but Docker popularized their use in the cloud. Containers are used more than 100 million times right now, and that’s expected to grow to nearly 1 billion by 2020, according to IDC.

Google’s decision to hand out container management software for free created a problem for Docker. The startup planned to sell management tools while continuing to give away its container technology. Now Singh is having to both work with Kubernetes and add more products and tools Docker can sell to its container customers. “They invented this great tech, but they are not the ones profiting from it,” said Chen, the IDC analyst.

Before Singh joined, his predecessor Ben Golub was focused on building up a large developer community and interest around the free product. He once told Bloomberg that most of his customers would never pay Docker anything.

Singh, who has a background in paid-software businesses, is more focused on revenue and is hiring sales people rapidly. He plans to double sales staff in the next six months. And Singh wants to take Docker public someday, preferably when it has about $500 million in annualized revenue. He’d rather not sell the business, like he did with his previous company, Concur. He points out that it took him 24 years there and an initial public offering before SAP SE swooped in.