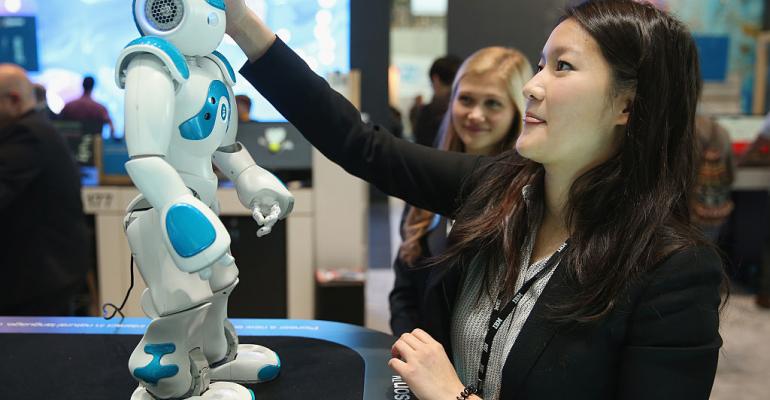 A new partnership between IBM and Docker, announced at DockerCon EU in Copenhagen Wednesday, promises to bring AI to legacy applications.

At the center of the partnership is Docker's Modernize Traditional Applications program, or MTA, the app container company's formalized method of containerizing monolithic legacy apps that resist being containerized using normal methods. Unlike other programs that do this, Docker's method, introduced in April at DockerCon in Austin, doesn't require changing any source code or rewriting the applications in any way.

"They can bring it into a Docker container, have it managed with Docker Enterprise Edition onto partner infrastructure, without having to do 12 months of retraining, blow up their infrastructure stack and redo how they do all of their deployment tooling," Docker's COO, Scott Johnston, explained to Data Center Knowledge.

Containerizing a legacy app automatically brings benefits such as portability and agility. The app can now be easily run anywhere, from server to cloud to VM to desktop. It's also easier to scale horizontally, simply by spinning up copies of the container. In addition, it can be updated or rolled back with less fuss, since the application and its dependencies are all encapsulated inside a container.

"With the success we've seen in the six months since the program was publicly unveiled, we're expanding it with partners," he said. "Partners are necessary, because we're obviously a small company, and partners help us execute. They also offer customers additional selections, additional choice, and they bring new innovation in terms of the modernization journey."

The partnership with IBM promises to do much to expand the benefits of MTA to its users.

Watson is the cat's meow. Its AI capabilities will be brought to containerized legacy apps by way of a separate container that offers services into Watson AI. With it, users can take advantage of Watson's profiling or personalization algorithms, tap into its machine learning capabilities, and more. In addition, certified IBM software will be available in the Docker Store, simplifying the containerization of existing software that uses IBM middleware.

Docker's MTA does more than simply drop a legacy app into a container. Once containerized, the app can take advantage of all the benefits that containerization brings. Users can apply modern processes and methodologies to bring things like continuous integration or continuous deployment to the app. Users can also decide to "modernize" the app further. A common service can be pulled and made into a microservice that can be shared by other apps for instance.

Containerizing legacy apps that might no longer be supported can also make them safer from a security standpoint.

"You take a 12-year-old app, put it in a container, and it's security profile immediately improves because of the isolation benefits of the container," Johnston said. "And the fact that the container image itself is being scanned and signed as part of the Docker Enterprise Edition work flow means the integrity of the application has just gone up. So you get isolation benefits and integrity benefits for this 12-year-old app simply by going through this process. That's one of the things that gets customers excited."

Since going public with the program, Docker has had a 100 percent success rate in "modernizing" legacy applications, and customers have seen a 50 percent reduction in TCO when running legacy apps that have been containerized, Johnston said.